Magic Eden Is Heading to Web3 Gaming After Integrating with Polygon 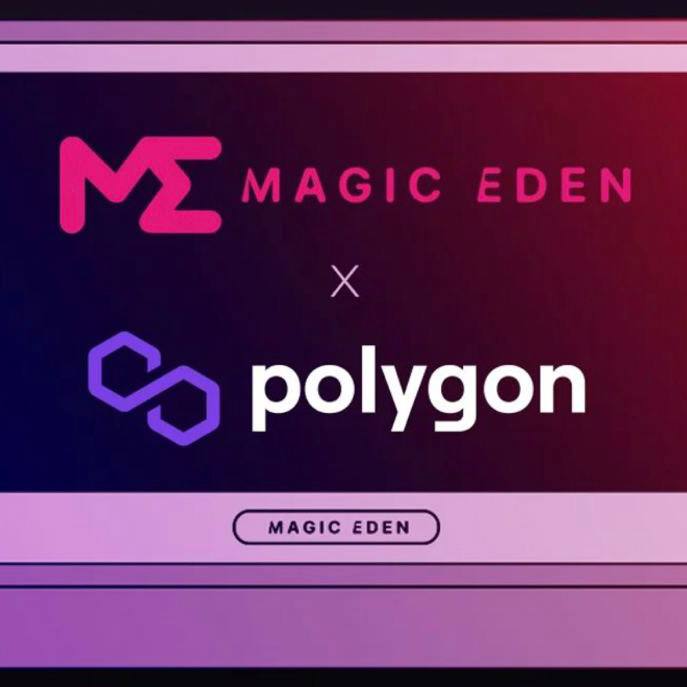 On November 22nd, the leading Solana-driven NFT marketplace Magic Eden announced its plans to integrate with Polygon. The new endeavor will open great prospects in front of the marketplace and its users, providing them with access to the blue-chip Polygon IP, the most cutting-edge web3 games, as well as NFTs by rising stars in the ecosystem.

The news came as no surprise but as a logical continuation of Magic Eden's gamification. Thus, prior to the announcement, the platform had launched its Magic Ventures fund, which focuses on supporting promising blockchain games. In addition to a venture fund, the platform also gave a start to its internal gaming division in July. That was how Magic Eden sounded out publicly its blockchain gaming ambitions.

Thus, integration of Polygon into the platform's ecosystem is a big leap forward to the main goal of web3 gamification, as the network is the driving force of the largest blockchain gaming projects and publishers, including Ubisoft, Atari, Animoca, Decentraland, Somnium Space, Sandbox, and beyond. As part of the Polygon adoption, Magic Edin will house a whole set of lunches by world-class game developers, including Kakao Games-backed BORA, Block Games, IntellaX, nWay, Boomland, Planet Mojo, and Taunt Battleworld.

“Given Polygon’s popularity amongst game developers as a low-cost EVM-compatible chain, integrating Polygon will continue to cement Magic Eden as the go-to web3 gaming platform,” Zhuoxun Yin, Co-Founder and COO of Magic Eden announced, adding, “Game developers will now have the greatest optionality on Magic Eden; we can invest, launch collections, power in-game activity and drive user acquisition for developers building on Polygon with Magic Eden.”

Polygon will become Magic Eden's third adopted blockchain after Solana and Ethereum. The upcoming integration will first deliver MATIC-native tools for creators, including the launchpad and the marketplace for trading MATIC-fuelled assets by the end of 2022. This milestone is just another step in Magic Eden’s multichain future.

Summing up everything above stated, Magic Eden plans to use Polygon integration as a pass to the NFT gaming ecosystem. For now, we can only doubt what major gamified experiences Magic Eden is going to deliver to users in a while.