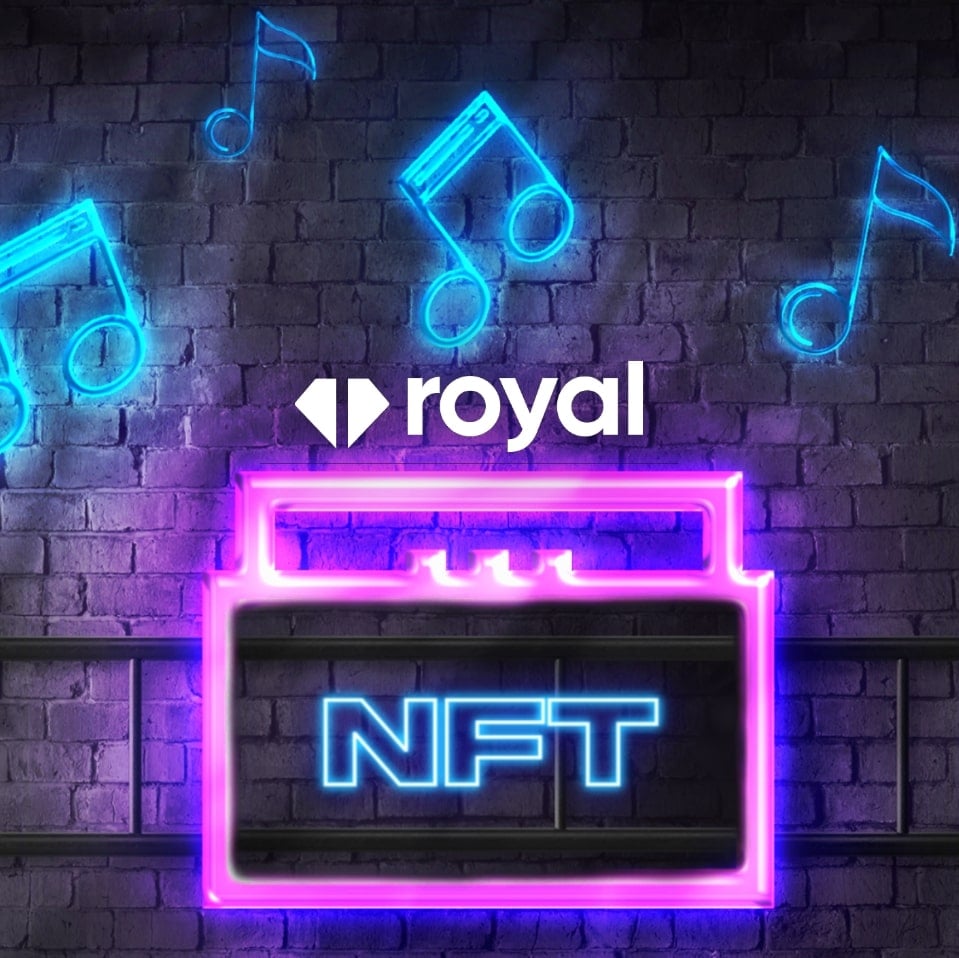 About a year passed after the electronic musician and entrepreneur Justin Blau, better known as 3LAU and founder of Opendoor, JD Ross announced the creation of the Royal NFT marketplace for music royalty rights. So, currently, the platform has already opened its doors for music NFT artists and collectors.

Prior to the grand opening, Royal raised a whopping $16 million in seed funding in August 2021. Besides, in November 2021, the web3 music marketplace raised $55 million from major investors, including Andreessen Horowitz, Coinbase Ventures, and Paradigm, with the participation of cult musicians like Nas and The Chainsmokers.

Thus, it took 3LAU about a year to bring the idea of the NFT music startup to life. Now, the Royal platform welcomes users to its browser-based version, with the mobile app to be rolled out in a while. Here, at the brand-new NFT marketplace, users can now find new musicians, purchase and sell Royal NFTs, and find detailed statistics on each token. The platform gets data on purchase history, pulling it from OpenSea, as well as major streaming services, including Spotify, Apple Music, Amazon Prime Music, Tidal, and SoundCloud Premium.

The business model in the Royalty's core allows NFT holders to get a share of royalties from their artists’ tracks that are played and downloaded from streaming services.

The marketplace officially launched on November 17th, attracting thousands of users with the music NFTs by supermassive stars like Diplo, Nas, The Chainsmokers, Vérité, Elephante, and 3LAU himself. Moreover, the launch day was celebrated with the NFT drop by DJs Bingo Players and Zookëper.

Earlier in November, Royal announced that its partner musicians had paid out more than $100,000 in royalties to over 9,200 NFT holders since the launch.

Amidst the overwhelming zero-royalty fever, the Royal NFT marketplace offers fans to buy NFTs from their music idols, as well as invest in the rising stars.

Actually, Royal NFTs aren’t only about music rights and royalties, as some assets offer their holders physical perks, like access to meet-and-greets, VIP tickets to concerts, signed plates, and more.

Of course, Royal is not the only platform that is engaged in music royalty-backed NFT trading. Some others, including OurSong and Audius, where 3LAU is an advisor, also offer similar opportunities for music fans. But, according to Blau, there still was a need for a dedicated platform that could onboard new users, who are only starting their web3 journey.

Have you already been to the Royal music NFT platform to acquire a couple of royalty-driven NFTs? If your answer is yes, you can't help but share your impressions with our community!