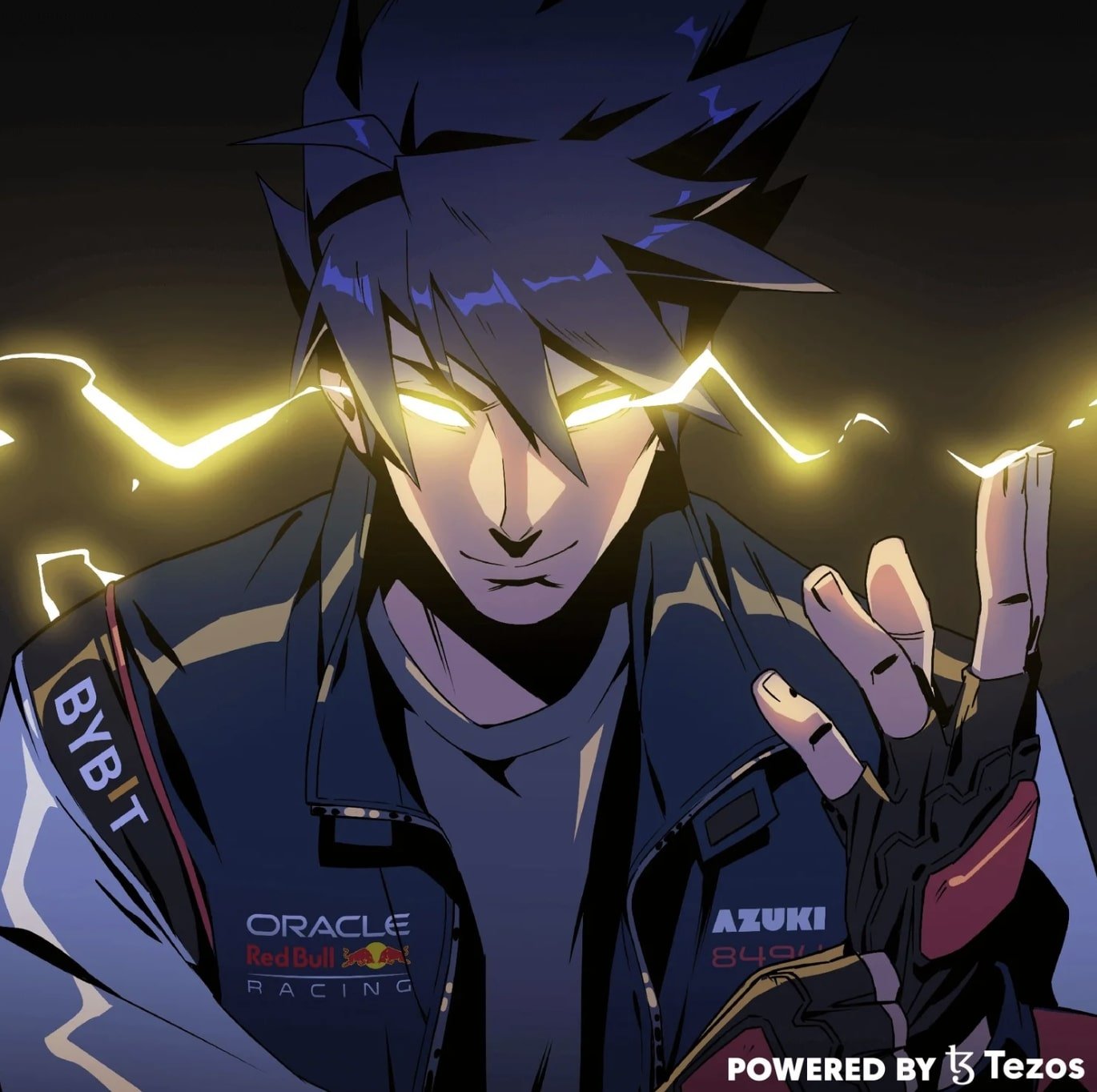 Formula One is undoubtedly one of the most fascinating and spectacular sports events, with millions of fan viewers. That's why numerous companies and brands have queued up, offering millions of dollars for placing their logos on F1 race tracks and cars. Due to the hefty price tag, we mostly see only industry giants like Coca-Cola, Netflix, Microsoft, and others placing their ads on F1 cars. However, recently, the strict French Formula One regulations have given the green light to blockchain brands.

Thus, after Formula One had filed eight different web3 trademarks in October, the renowned F1 Oracle Red Bull Racing (ORBR) team announced that a blue-chip NFT will be featured on its fireballs. So, finally, this happened with the involvement of crypto exchange Bybit, and Chiru Labs.

The first-ever blue-chip NFT, Azuki #8494 adorned the Oracle Red Bull Racing cars, participating in the season finale at the Abu Dhabi Grand Prix. The character depicted on them, Lei the Lightning Azuki, joined ORBR’s stellar racers, including Max Verstappen and Sergio Perez, during the closing race of the season.

Lei the Lightning Azuki has an extensive storyline, known in the Azuki world dubbed The Alley as a winning race car builder and a five-time champion on the racetrack. The character represents the blending of virtual and physical worlds, as well as the unique partnership between Bybit, Chiru Labs, and Red Bull Racing.

Foreseeing the Abu Dhabi Grand Prix, Azuki holders were offered 8,494 NFTs for free on a first-come, first-served basis via the Bybit NFT marketplace. The tokens featured custom ORBR retro jackets to dress their avatars, which caused a craze on the Azuki's Twitter feed, while everyone wanted to boast of their new Azuki F1-themed look. Moreover, all the participants had a one-and-only opportunity to win a limited-edition NFT of Lei the Lightning Azuki.

Following the recent news, the Azuki NFT collection experienced a more than 300% rise in sales volume, while the NFT floor price soared by 73% on November 17th.

Thus, Lei the Lightning Azuki became the first-ever NFT displayed on an F1 car. Shall we expect other blue-chip assets, like BAYC, Doodles, and more to appear on Formula One fireballs? Share your thoughts on our socials.