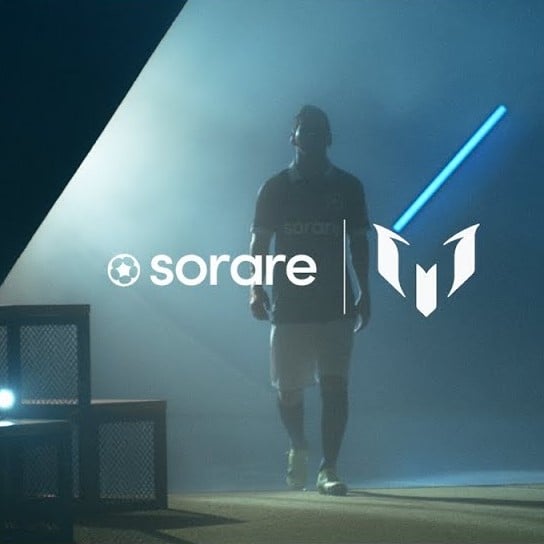 The Argentine soccer icon Lionel Messi is scoring another goal on the metaverse pitch by investing in the NFT-focused web3 football game Sorare. The Paris Saint-Germain club's iconic striker acquired a stake in the NFT card game, as well as became its ambassador.

According to Sorare's CEO and co-founder, Nicolas Julia, Messi will help the company set new standards for how fans connect with clubs and soccer stars. Thus, as part of this collaboration, the stellar bombardier has taken an equity stake in Sorare, but the company didn't specify its exact amount.

"We believe Messi will help us set new standards in how we do this, and we look forward to sharing what new content and fan experiences we've been collaborating on soon," Nicholas Julia commented on the deal with Messi, calling it a significant milestone for Sorare.

The industry-leading fantasy sports platform Sorare is an official hub for over two million soccer, basketball, and baseball fans around the globe. Sorare allows users to collect and trade digital player cards as NFTs, manage teams, and earn both digital and physical rewards in on-platform tournaments.

"Fans have always looked for ways to express their passion and get closer to the players and teams that they love and Sorare's combination of a fantasy game with digital collectibles gives fans new ways to do that, wherever they are in the world," Messi said.

After drawing Lionel Messi on Sorare's virtual pitch, the company hopes to experience a large influx of new users to its space. Thus, the partnership is aimed to use the soccer star's influence on millions of fans who previously have never dealt with NFTs and web3.