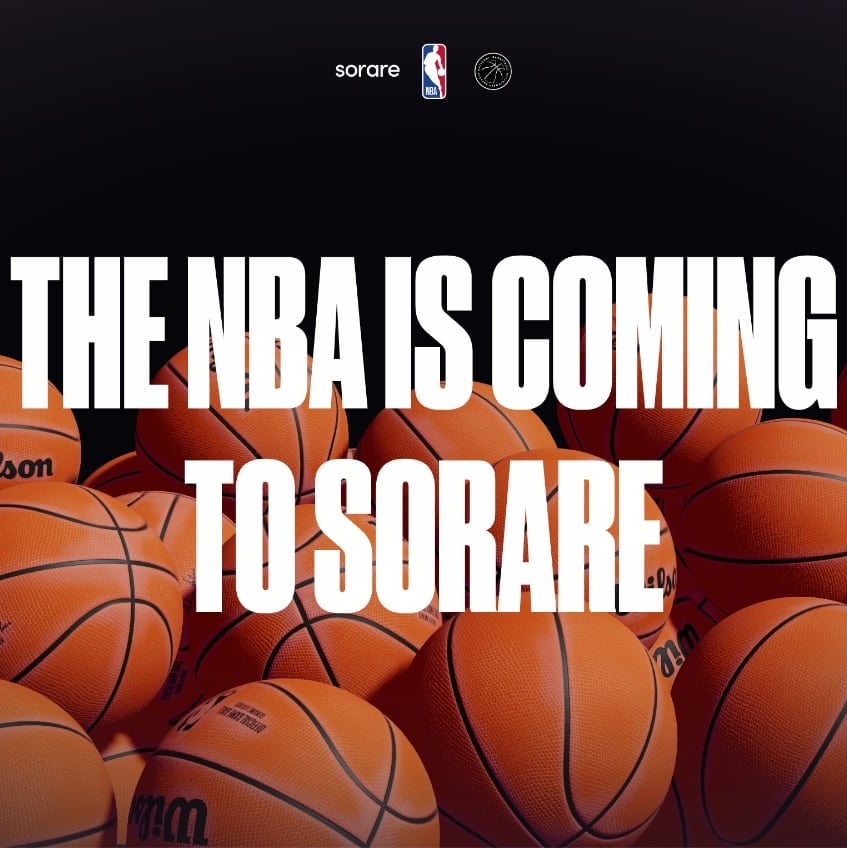 Interestingly, Sorare was estimated at an unrivaled $4.3 billion last year. During the past six months, the web3 company has teamed up with Major League Baseball to create an NFT-based fantasy baseball game, released NFTs for Major League Soccer, and more. Besides, Sorare officially deals with over 280 international soccer clubs and leagues, including Germany’s Bundesliga, Italy’s Serie A, and Spain’s La Liga.

Returning to the brand-new Sorare x NBA deal, the launch of the basketball NFT fantasy is scheduled for October 18th, coinciding with the NBA's new season. For now, none of both parties have spoken on key details of the long-term partnership, although some facts have already been announced by Sorare's head of business development, Michael Meltzer.

Thus, the basketball NFT game will be free to play for all users above 18. Also, it will allow gamers to form their own teams based on basketball icons' NFT cards of different rarity tiers and be rewarded with points depending on their players' performance.

Recalling NBA's major collaborations, the one with Dapper Labs is the first one to pop up in mind. The video-based NFT marketplace dubbed NBA Top Shot was launched back in 2019. Since then it has been regularly highlighting historic NBA moments allowing users to buy, sell, and trade NFT collectibles via the platform. By the way, for now, NBA Top Shot has overcome a whopping $1 in NFT sales.

According to Michael Metzer, with interactive gaming in the core, NBA x Sorare joint platform will have nothing to do with NBA Top Shot, which is focused solely on collecting experiences.

“We don't look at NFTs as a market—we see NFTs more as a technology. We think we have a very unique offering, and we have our own category that we've created through our [soccer] product. We think our success that we’ve had to date will translate well into the NBA and is very distinct from anything in the marketplace,” Metzer said.

Currently, there's over a month left until the new NFT fantasy game by NBA and Sorare will become publicly available. Time will show whether the upcoming platform will be as much-visited as the NBA TopShot by Dapper Labs.