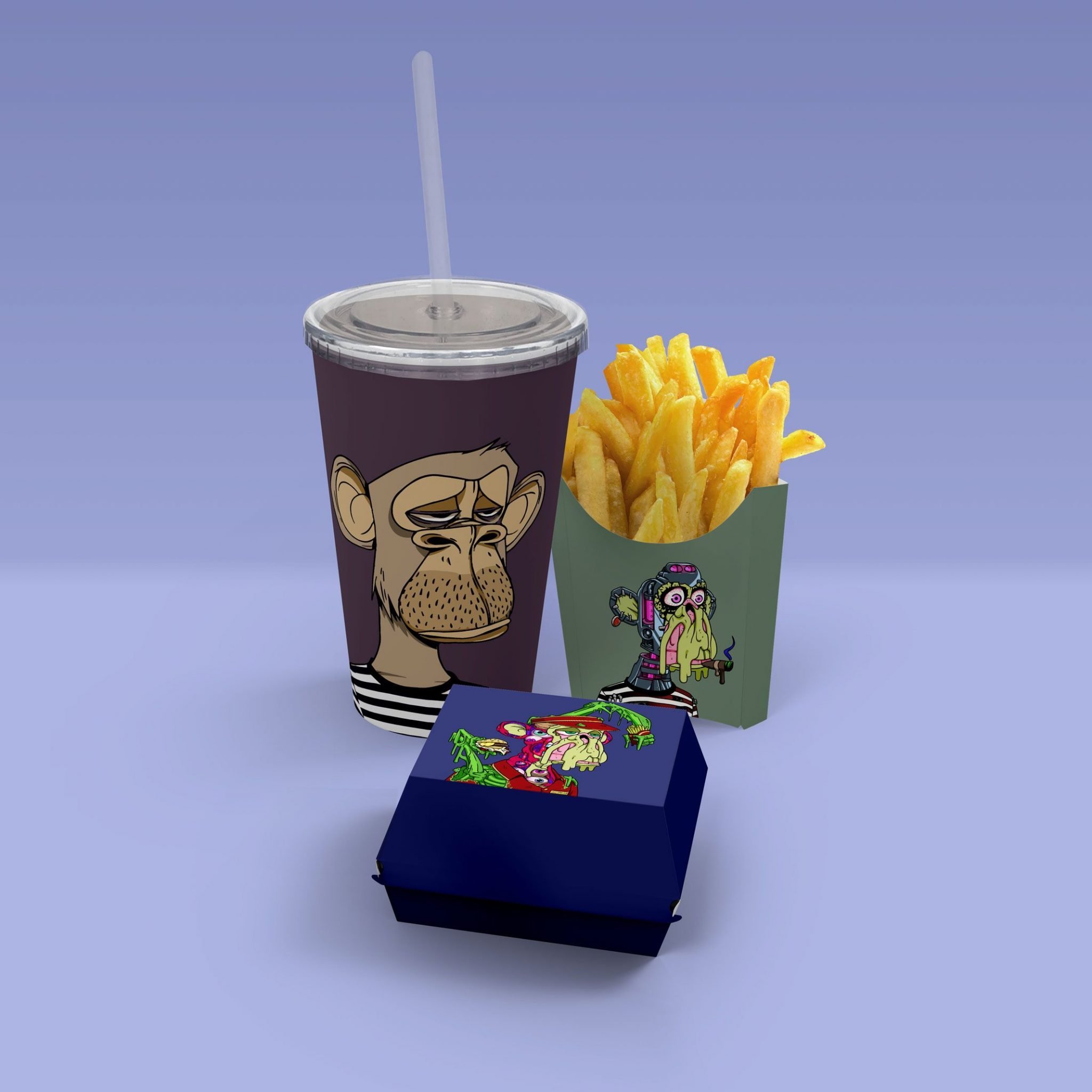 While the whole world is gradually transferring into the metaverse, some projects existing only on the web are doing vice versa, seeking more benefits for their communities. The most illustrative example of this is the recent announcement concerning Bored Apes Yacht Club to scale its influence by conquering the restaurant business IRL.

The idea to open a physical restaurant has popped up in the mind of a restauranteur, crypto enthusiast, and a Bored Ape #6184 holder Andy Nguyen. Thus, the food network maverick has announced the grand opening of the Bored & Hungry hamburger restaurant in Long Beach, California in early April. Everything in the upcoming food establishment will be inspired by the BAYC characters, starting from the name, packaging, and personnel's uniform to additional perks for the Bored Ape community.

“The intention of this project is to give to the Web3 community, as well as a place to educate those skeptical about this new world. Our goal and purpose are to bridge the digital world with real-life experience. Doing something that's familiar and at the same time different,” Nguyen's Instagram post reads, adding, “They like to call it a ‘jpeg,’ but we wanted to show them that we're building a new ecosystem. A brand/business with the intellectual property that we are granted owning these NFTs.”

For now, it's not much known about the restaurant menu except for the fact that the onion-heavy Thrill Burger will be the signature dish. Bored & Hungry will also open its doors to vegetarians, treating them to a plant-based Beleaf burger. Andy Nguyen has already introduced his Thrill Burger to the Houston market in partnership with the legendary Houston rapper Bun B.

On the day of Bored & Hungry opening on April 9th, all Bored Ape owners will receive a meal alongside a lump of web3 and NFT-related surprises. The innovation aims to educate the public on blockchain and show other NFT-related communities prospects of integrating their brainchild into the physical realm.

The World's Biggest Collage of Ukrainian Children's Drawings Will Be Auctioned off as NFTs to Aid Kids Affected by War Each Owner will Receive a Copy of the 1st Book of the Fantasy Story Saga — Founder's Interview Holders will Receive a Free sloth NFT mint, and many other Benefits now and Always — Creator's Interview