This NFT Artwork By Tyler Hobbs Was Just Sold For $3.3 Million 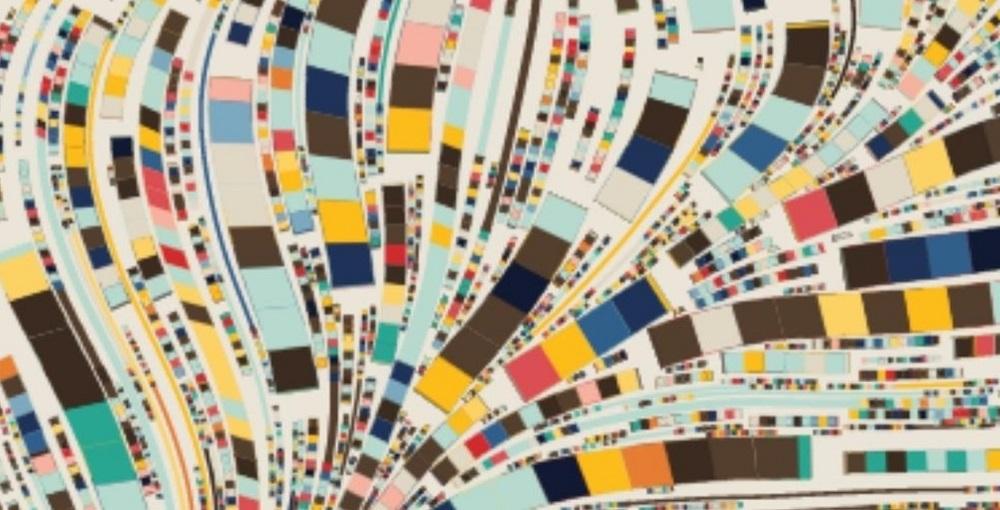 If we are talking of the big thing in the crypto world right now, NFT will surely come first on the list. That perfect place to balance and store digital goods. Looking at digital art, it's the big thing right now. Many users seem to be capitalizing and making a lot of lucrative advantages.

To be exact, the recent ETH based artwork pieces called Art Blocks has managed to draw in millions of dollars and it was also recent, 24 August to be exact that the same art work block managed to record the best sale ever. Fidenza 313, an art piece collection tailored by the great Tyler Hobbs managed to sell of a total of 1,000 ETH.

That's a whole lot if translated in to dollars, amounting to $3.3 million. As usual the sold out total was successfully minted and was put on sale claiming a total of 0.58 ETH which is $1.400, that was on June.

We just have to give some bit of background information so that you get the basic sense of how, when, why and where art blocks emanated. They were launched in 2020 and from the get go they quickly became the superior choice for art pieces that are laid on an ETH platform.
In total, there are 140 art works and they seem to have expanded in to the market in a booming fashion. Over the last week's or so, NFT Art work fanatics have witnessed a big shift in a positive direction.

According to CryptoSlam, Art Blocks have become the signature of art pieces envisaged under blockchain ETH. They have brought about $294 million from fruitful trades in August alone. Pretty insane figures but they are all legit and proven! The coming months are also proving to be very lucrative.

Remember we mentioned Tyler Hobbs in the wake of this piece. Looking at his line 'Fidenza', it has become one of the best and popular collections on art blocks. In total, there are 999 pieces and the amazing part is that they all present different minting systems. Not only that but they do come with exceptional uniqueness. Of all the available art pieces on Art Block, Fidenza 313 is the heftier selection.

Going back to CryptoSlam one of the most trusted crypto sites, Fidenza has other three art pieces that have collectively sold meaningfully. In actual fact, they have sold for an amount of over a million dollars.

Hobbs assertion on how the flexibility of Fidenza has led to such lucrative givings has a whole lot to desire. Fidenza in itself bases on a flow field algorithm. What is it anyway? Well, it is that ultimate tool for curve and sophistication art displays. It's so fine and accurate shunning any possible chances for overlaps.

Doge meme NFT's value flies from $4 million to $220 million overnight after getting split into 17 billion pieces Visa jumps into the NFT craze, buying a ‘CryptoPunk’ for $150,000 NFT adoption government