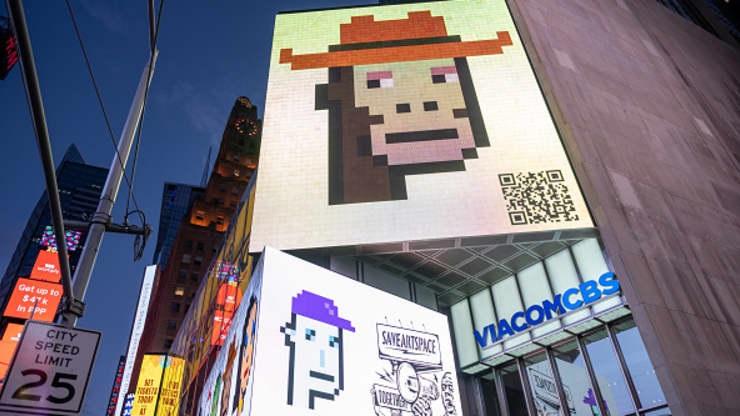 Over the past few months, we have seen quite a number of companies adapting to NFTs. This has resulted in a huge boost in the NFT market. Right now, Visa has become one of the biggest companies in the world to jump onto the NFT craze. The company announced the exciting news on Monday, saying that it had bought a cryptoPunk for about $150,000 in ethereum. For those that do not know, CryptoPunk is one of the several NFT-based digital avatars on the market.

When we talk of an NFT (Non-Fungible Token), we simply mean a unique digital asset that is there as a way to represent ownership of a virtual item. You will not be able to exchange NFTs with other NFTs, like-for-like. This is unlike other cryptocurrencies on the market such as BTC, LTC, ETH, and others.

Advocates of NFTs have said this is the reason why the NFTs are scarce, thereby increasing their value. For some time now, a lot of NFT enthusiasts have been comparing NFTs to rare collectibles such as artworks, trading cards, and others.

In a blog post on Monday, the head of Crypto at Visa, Cuy Sheffield, said that he thought NFTs will soon play a major role in the future of retail. This includes industries such as entertainment, social media, as well as commerce.

Sheffield went on to say that the company will need to understand all the infrastructure required for such an international brand like them to buy, store, as well as leverage an NFT. That way, they can then help their clients to also take part.

Apart from CryptoPunks becoming a “cultural icon for the crypto community,” Sheffield also said, “With our CryptoPunk purchase, we’re jumping in feet first. This is just the beginning of our work in this space.”

Visa has said that its purchase of CryptoPunk was facilitated by Anchorage, which is a federally chartered digital asset bank.

Several NFTs, have been auctioned off by Christie's, even some valued millions of dollars. In March, a picture made by digital artist Beeple sold for $69 million, breaking the auction house's record.

Meanwhile, some media outlets, which include Fortune Magazine, CNN, as well as The New York Times, have sold their own NFTs.

However, some skeptics are wary about NFTs. While such tokens serve as a digital certificate of ownership, purchasers do not own the underlying item, and internet users may still access the related media online. There have been numerous reports of some people stealing other artists’ work and gone on to sell them as NFTs.

In a recent blogpost, Adam Rendle, who is a partner at a law firm Taylor Wessing, said, “The unique token is owned by the purchaser of Beeple's $69 million NFT artwork, ‘Everydays - The First 5000 Days.'”

He went on to say that it should be noted that they do not own the copyright, neither do they have any other intellectual property rights in the digital artwork itself. Because of that, they are not allowed to distribute or commercialize the said digital asset.