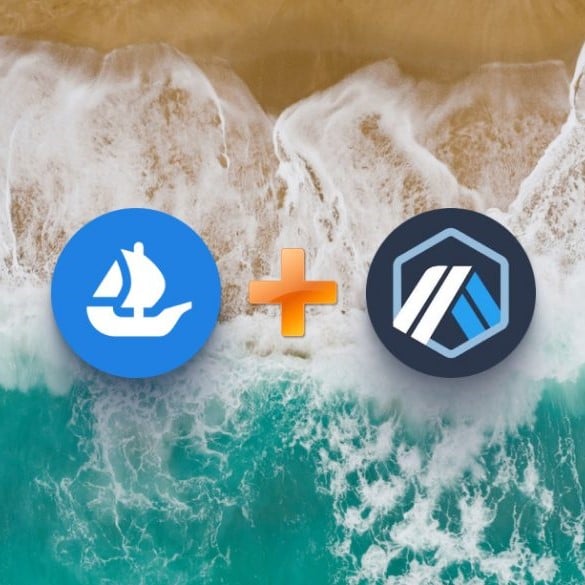 Established by blockchain software maker Offchain Labs, Arbitrum is a chain, which reduces transaction fees and speeds up transactions on Ethereum. According to OpenSea, the marketplace is going to support some NFT collections on Arbitrum right away, including Smolverse, GMX Blueberry Club, and Diamond Pepes.

Currently, OpenSea scales its multichain ambitions, by adding Arbitrum to already adopted four blockchains: Ethereum, Solana, Polygon, and Klaytn. According to NFT Scan, as little as 9,722 ETH of lifetime volume in Arbitrum has been processed so far, which is a drop in the sea compared to a whopping 23.5 million ETH on Ethereum Mainnet.

OpenSea announced the roll-up on September 21st via a Twitter post, which reads: “Arbitrum is officially live on OpenSea. We’re excited to welcome and support this active community of creators, collectors & builders.”

Due to a significant drop in transaction volume, hardly reaching about $234 million in September at the time of writing, OpenSea hopes to outperform the recently emerged competitors that offer low or even zero gas fees on their platforms. Thus, the strong competition comes from LooksRare and X2Y2. Being launched back in January 2022, LooksRare showed $26 billion in the total transaction volume, prevailing over OpenSeas’s figure of $22 billion over the same period.

The adoption of Arbitrum is aimed to change the indicators back in OpenSea's favor. Have you already used or are planning to make use of the Arbitrum protocol on OpenSea? Go to our socials for a vivid discussion.

The Bitverse will Start with Three Games: a RPG, a Battle Royale, and an Endless Runner — Creator's Interview Celebrate the International NFT Day with NFT Calendar The UAE to Bring Its 2117 Mars Manned Mission to the Metaverse