ApeCoin Is Now Part of the OpenSea Official Portfolio 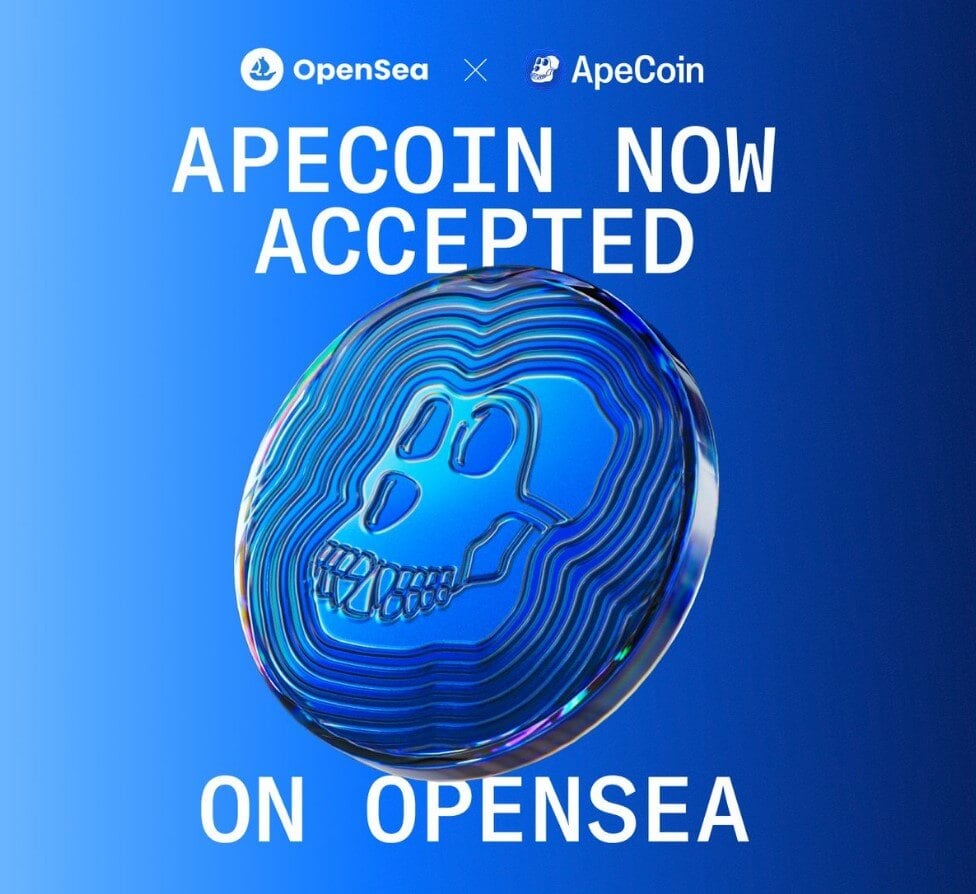 It has been just no time after the largest NFT marketplace OpenSea added a new currency to the list of official assets. Thus, less than a month after Solana adoption, OpenSea comes up with the next portion of wave-making official news: the leading NFT platform has begun accepting ApeCoin (APE)!

The key token in the BAYC ecosystem and the main currency in the latest metaverse game The OtherSide, the Ethereum derivative coin APE, has gone beyond the Yuga Lab's web3 terrains so far. According to CoinMarketCap, ApeCoin now enters the Top 30 list of cryptos with the highest market capitalization value, having gained 33% just in one week.

Currently, you can use APE in a variety of web3 projects by Yuga, including those by Animoca Brands like CryptoPunks, Meebits, and CoolCats. Besides, a wide range of crypto trading platforms accepts ApeCoin for staking.

Yuga Labs also aims to launch Otherdeed NFTs in the near future. These non-fungible tokens are probably to be used to represent virtual land ownership. Otherdeeds will be available for the public and will be distributed among the Bored Ape and Mutant Ape holders.

Returning to OpenSea, finally, APE has joined a very limited list of tokens compatible with the platform, including Ether, Wrapped Ether, Solana, USD Coin, and Dai.

According to ApeCoin's official website, "APE is a token made to support what's next, controlled and built on by the community. It will serve as a decentralized protocol layer for community-led initiatives that drive culture forward into the metaverse."

Aren't you still an APE owner? If so, it's high time to fix this regretful oversight!