The Sunshower NFT by Jim Carrey 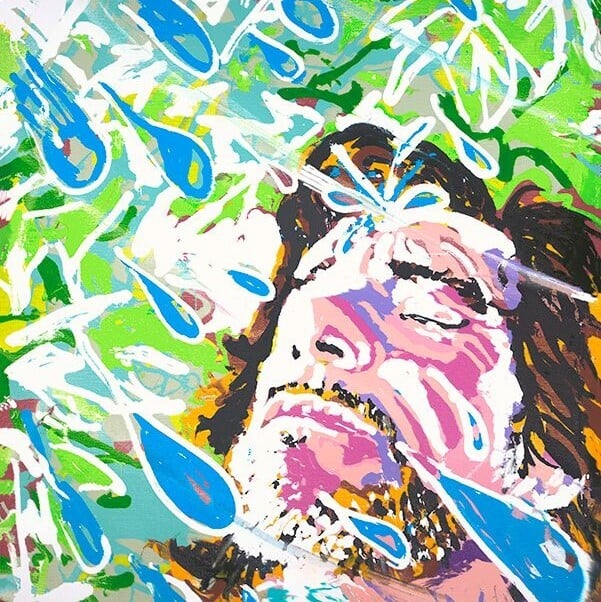 The multifaceted creative personality, genius actor Jim Carrey, has officially become part of the NFT community. Previously known for his satirical political paintings, Carrey is to auction off his meaningful self-portraying art piece as NFT to aid the Feeding America nonprofit.

Sunshower's artwork will kick off via the SuperRare NFT marketplace starting from June 9th and running until June 14th. Interestingly, by the time of writing, the minimum bid of $1 has risen to a whopping 38.5 ETH, and it's far from the end!

Before becoming a non-fungible token, the canvas was digitized and set in motion. According to Jim Carrey, the idea of creating the Sunshower came to him after feeling the tranquility while bathing in the sunlight.

“A sunshower seems like you’re being given a divine gift; a form of medicine with miraculous regenerative potential,” Carrey commented on the artwork creation, adding, “It’s hard to hang on to skepticism while the air around you is sparkling like diamonds.”

Sunshower was created with acrylic paint using a new technique for the artist. “The backgrounds were poured, and the canvas was scrapped, leaving only an imprint of each color’s first contact with the canvas behind,” Jim Carrey said, describing the process. Along with pouring colors, the NFT is backed up by Jim Carrey's narration of what Sunshower is for him.

While it's the actor's first official web3 endeavor, he teamed up with filmmaker David Bushell, to bring the Sunshower to the terrain. Previously, the actor bought a meaningful NFT, depicting the Soviet Union-time sanatorium recaptured by nature.

Take time to place a winning bid to become an owner of the inaugural Jim Carrey's art piece backed up with an inspiring narration by the master!