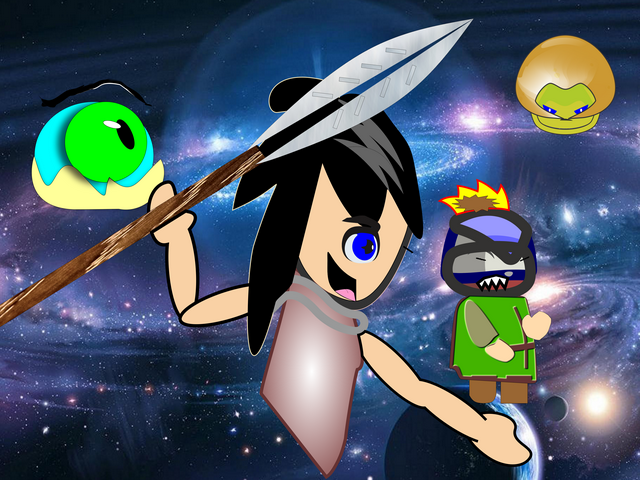 Collect the first characters from The Rubian Galaxy. The Boppa Bep are the ethereal guardians of the four quadrants of the Rubrian Galaxy.  Each Pobpa Bep is immortal but cannot travel outside their quadrant.  The Pobpa cannot directly interfere in the affairs of sentient beings in the galaxy. They must convince others to do their bidding, and those that help the Pobpa are given special gifts to help them on their missions.  The Pobpa are not gods, but rather beings with extraordinary powers. Their powers are represented by amulets and jewels.

The Rubian galaxy has been in turmoil for eons, ever since the merciless Hemi’ri overthrew the Order.  The Hemi’ri are ruthless destroyers of planets and solar systems. Meticulously moving from planet to planet and stripping it of natural resources they leave dust bowls in their wake. Populations of entire planets are forced to flee to safe havens to avoid labor camps and starvation.  The Hemi’ri employ corporations to manage their planetary destruction, the most heinous of which is the MANGUS CORPORATION.

The planet Tammatu is the latest conquest of the Hemi’ri, and the Mangus Corporation has built a mining camp on the outskirts of the Cammpu Territory.  Filled with dust and cactus, the once beautiful planet is in turmoil.  The Mangus Corp has recruited refugees from planets they have savaged to work the mines. And what choice do they have; stay on a dying planet or work for MANGUS.

Tammatu  was once a lush water filled planet.  Its only remaining source of water comes from the Six Peaks of Tammatu.  The waters now run black across the harsh landscape.  The planet contains the rare metal Palmidium, used in fuel cells for nearly every propulsion engine in the galaxy.  Semi underground mining camps are run by the native Manshus, traitors to the Hemi’ri, and their army of drones employed by the Mangus Corporation.  Foreigners looking to make a quick buck come to Tammatu and sign up for 2 to 6 year contracts to mine. Tammatu has two bright yellow moons and two orange suns.  Tammatu is an erstwhile home to six hundred million inhabitants and refugees from the uninhabitable planet Malbu.  The Six Peaks are uninhabitable, inhospitable and inaccessible; they are the galactic home of the Manshus.  Nothing lives on the peaks but the Manshus.  Tammatu is mostly desert thanks to its dual suns, but the Peaks are covered in bitter snows and ice piercing high into the sky away from the planets background radiation. Any who have attempted to scale the peaks have been met with sudden death from destructive winds and -60 F chills.  No one survives the attempt, thus securing safety to the ruthless Manshus.

It is on this forsaken planet Tammatu that a ragtag force of stragglers is trying to hang on and remove the Mangus Corporation and in turn the Hemi’ri.  And they are not alone, other beings that observe the Rubrian Galaxy are taking notice.  One such group are the Pobpa Bep.

Our new game, the Rubian Galaxy will follow in 2023. Prior to release 4 major characters will be available for collecting. Sign up now at dreamgineers.com and enter for our free NFT give aways. 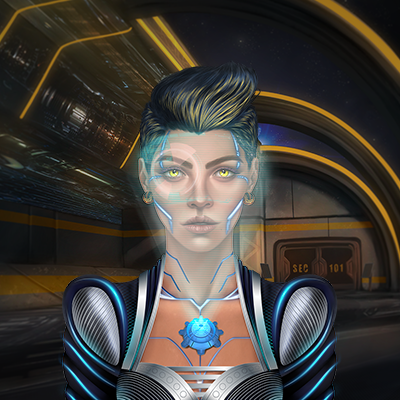 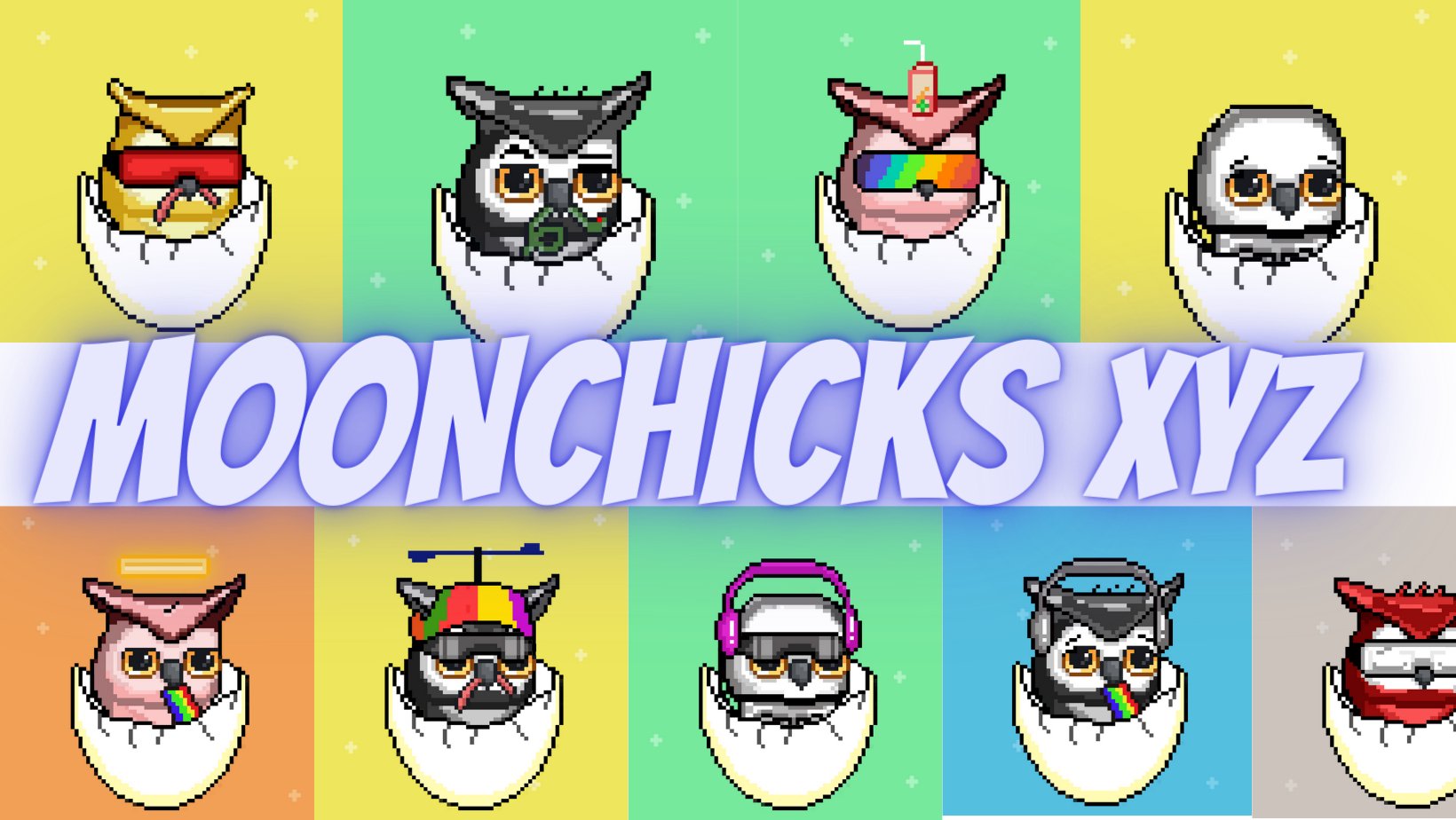