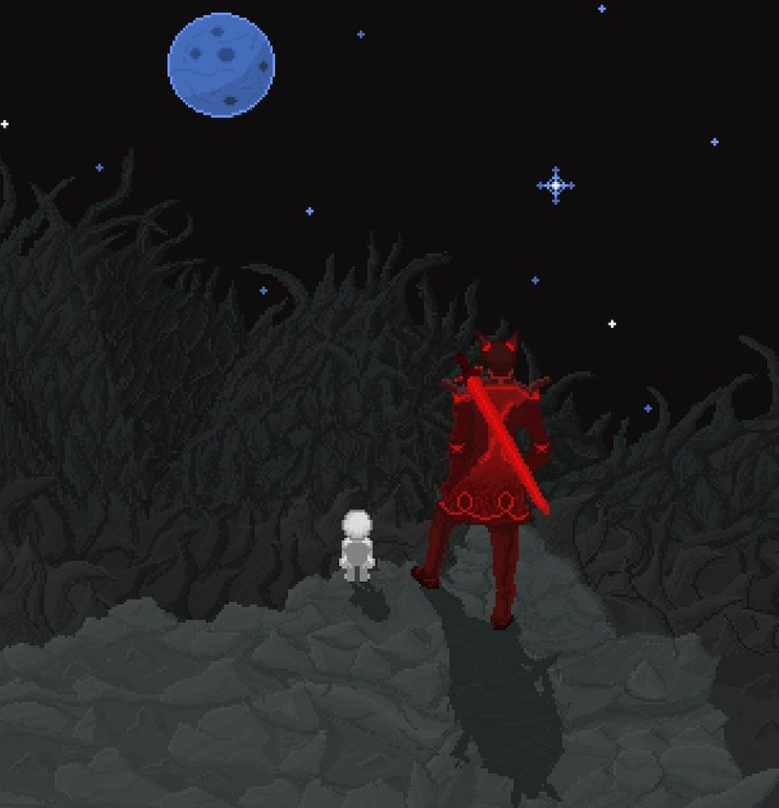 Swift: Hello my name is Swift, and I am the founder and developer for Protonauts. I’ve been a long time believer and champion of blockchain technology, and have been excited to see it grow into what it is today. Professionally my background is in Marketplace Data Science, where I worked for tier 1 tech companies analyzing and building strategies for global products for the last 5-6 years. About a year ago, I switched to full time web3, teaching myself Solidity and front end web development to bring Protonauts from a dream to fruition.

Chris: Protonauts are an NFT character experiment. What exactly is meant by an on-chain NFT experiment? What is the central theme behind the creation of this token?

Swift: In essence, it will act like a SIM card while you traverse through the blockchain, gaining experience and rewards for your Protonaut. Other collections, which do not have a native progression system, could potentially bootstrap a game or metaverse experience using Protonauts as an underlying character system if users held both tokens in the same wallet.

What we mean by experiment is that we wanted to try out a few different distribution, value, and collection scaling methods that we believe will be overall net-positive for the space, but are slightly different than the meta of current collections. Instead of randomly assigning traits at mint, we wanted users to earn their traits through a progression type system, and make it available to more people than normal collections allow, but taper that growth similar to Nouns “one-a-day” auctions. We believe this is necessary for mass adoption in the long run, which a healthy game ecosystem needs. We also look to test out theories around cross-world and interoperable metaverse progression, and build out these future capabilities around Protonauts. We do all of this while keeping the original token on-chain, which essentially means all of this data (even your token’s 12 frame sprite image!) requires no external servers and will exist as long as Ethereum does.

Lastly, we believe it’s in a way also a  social experiment, testing users behavior towards a legitimate progression system, and the value that a system like this could potentially unlock in the future, given the permanence of the blockchain and the potential growth of the community and ecosystem. This opens a lot more possibilities for the future as well as bringing various collections closer together.

Chris: The NFT also provides staking opportunities. What are the benefits of staking the NFT?

Swift: Staking actually is a main component of our project and allows for cross-chain communication. This gives you access to a complete item system hosted on Polygon, and the ability to equip or unequip items that users can earn from rewards while using their Protonaut. Your Protonaut's on-chain image will reflect whatever the character has equipped.

When you unstake, all equipment is returned to the holder, and any levels that were accrued while staked, are permanently added to the metadata of your Ethereum token and then returned to the user.

Chris: Moreover, how does the side chain system allow for cheap equip-unequip transactions? How much cost is reduced by this system?

Swift: So while this could probably be done solely on Ethereum, the scaling issue alone of equipping and unequipping potentially thousands and thousands of items amongst a large number of users, would be a substantial burden on our user base and pretty much make this product un-usable. Gas fees will just be too high even with the potential benefit of sharding and PoS. Layer 2 solutions and side-chains are a new and evolving space and we look to grow with them, but they allow us to reduce this cost by over 99% but retain security of Ethereum’s mainnet. Instead of potentially paying the cost of a sandwich per item being equipped, you’re paying fractions of a fraction of a penny. A user could make thousands of equip and unequip transactions at the current transaction cost of most side-chains, and still have enough left over to send their token back to Ethereum, and still have enough leftover to buy the sandwich. ;)

Chris: So, what are the different character traits of the NFT? How are the tokens unique? Also, how many NFTs will be revealed for public minting?

Swift: So instead of traits, we decided to give characters attributes and have these all start at level 1. We decided on 4 main attributes that we believe are very common in game worlds in their various forms, but can very easily be interpreted by many genres. These 4 attributes are: Health, Defense, Attack, Magic.

When you equip items to your Protonaut you will gain 3 benefits:

We hope this incentivizes a new meta, where the rarity of a token is more based around the progression or time you put into the ecosystem.

What makes Protonauts unique is not necessarily the Protonaut, but it's the system it exists in, and the journeys the users take their Protonauts through. If we look at MMORPG games, characters are not unique in nature when created, but overtime playing your character causes it to evolve and become unique according to that user's play style and the gear and loot it acquires. We wanted to give holders a way to make their character individualized, where users can apply game theory and tailor their character how they see fit for the activities and games they want to participate in.

Chris: By the same token, what are the benefits of owning the Protonauts NFT? What are the rewards for the investors?

Swift: So there’s a lot of buzz about the Metaverse, and while there’s a lot of different takes about what it will be or is today, we believe it’s not necessarily any specific game world and no company or individual will be the sole creator of it. The blockchain brought about the ability to own digital assets, and that essentially created the Metaverse. Now how these assets are displayed to users graphically, we believe will change and adapt as technology allows, but we plan on building out the capabilities to allow users to access these different emerging interoperable game worlds and provide content that bridges them together. We will focus on acquiring game land where it makes sense, or utilizing development tools built by these worlds to create interactive content. While there will be a focus on joining other worlds, we also have plans to create our own content and tell the story of Protonauts. We want to do all of this while working towards building out a decentralized ecosystem, slowly handing over the control to the players in the long run.

We want to provide an experience and a service to our users. Something that a holder can actually engage with and enjoy. We believe an item system how we designed it can unlock more engaging and exciting experiences. For example, to beat a certain game, you might have to hit a certain level requirement to beat it, to wear a specific piece of gear, you may also have some level requirements and/or achievements that need to be done first. We have plans for implementing quests that can exist in games, or out of games, that will give rewards, (and who doesn't want some sweet loot?), and we aim to make the content challenging but enjoyable.

Chris: Also, what will be the price of one Protonauts NFT? How much of the cost would account for gas?

Swift: The cost of each Genesis Protonaut will be 0.1 eth. There will be a slight additional cost for gas, but how our contract is designed, this should be low compared to other mints. The Genesis mint will stop at 3000, and after that a new Protonaut will be minted only after burning an egg token. These tokens will be airdropped to Genesis holders on a monthly basis, and the holders can decide to hold, sell, or give these tokens away. We believe giving Genesis holders control of the future supply of Protonauts and allowing market dynamics to play out, will make for a healthy long-term adoption strategy.

Chris: Additionally, please help us understand your team behind the token. How do the members contribute to the development of the Protonauts NFT?

Swift: Currently, we’re a team of 3! My partner and long-time friend XPNF, is currently running a lot of our business development and has a long resume of large-scale business experience, (as well as recently teaching himself pixel art to draw our website assets). Myself, focusing currently on the front-end and UX of the project, which is a new and exciting opportunity, as I’ve mostly worked on large scale back-end infrastructure. Lastly, we brought on CulturalSurround, who is our contract developer and really rounded out the team well and brought on a large amount of Solidity and web3 experience. We want to stay at the forefront of the space, and we plan on growing out the team accordingly. In the short term, we plan on looking for a pixel artist and front end developer to continue telling the story of Protonauts.

Gaming has been a huge passion of ours throughout our lives, and we felt that gaming in the Web3 space needed some genuine work to prove the benefits of using blockchain systems to the masses. We have a deep understanding of a wide-genre of games on both a competitive and casual level, and aim to use this background with the understanding we have of the technology to pioneer through the space in a positive light.

Chris: Finally, please share the minting process of the token in detail for the benefit of the investors.

Swift: The mint process is very simple! Visit protonauts.io and connect your wallet. Once connected, you should see the button change to “Connected” and a Mint button appears in the navigation bar. Click Mint and you should see two doors with a button in the middle. Open the doors and select the amount of Protonauts you wish to mint. (We capped the amount you can mint per wallet to 3, to allow for a healthy distribution of tokens.) Hit submit and you should see a Metamask window pop up, confirm the transaction and you will receive your Protonauts in a few moments!

We wanted to approach minting with a slow, organic growth approach. We wanted users to come across our project naturally, and decided to steer away from whitelists or raffles that seem to attract speculators versus interested users.

The initial mint has already begun! All Protonauts after 3000 will be minted through the Egg system. You can join our social (Twitter and Discord ) so as not to miss new updates.