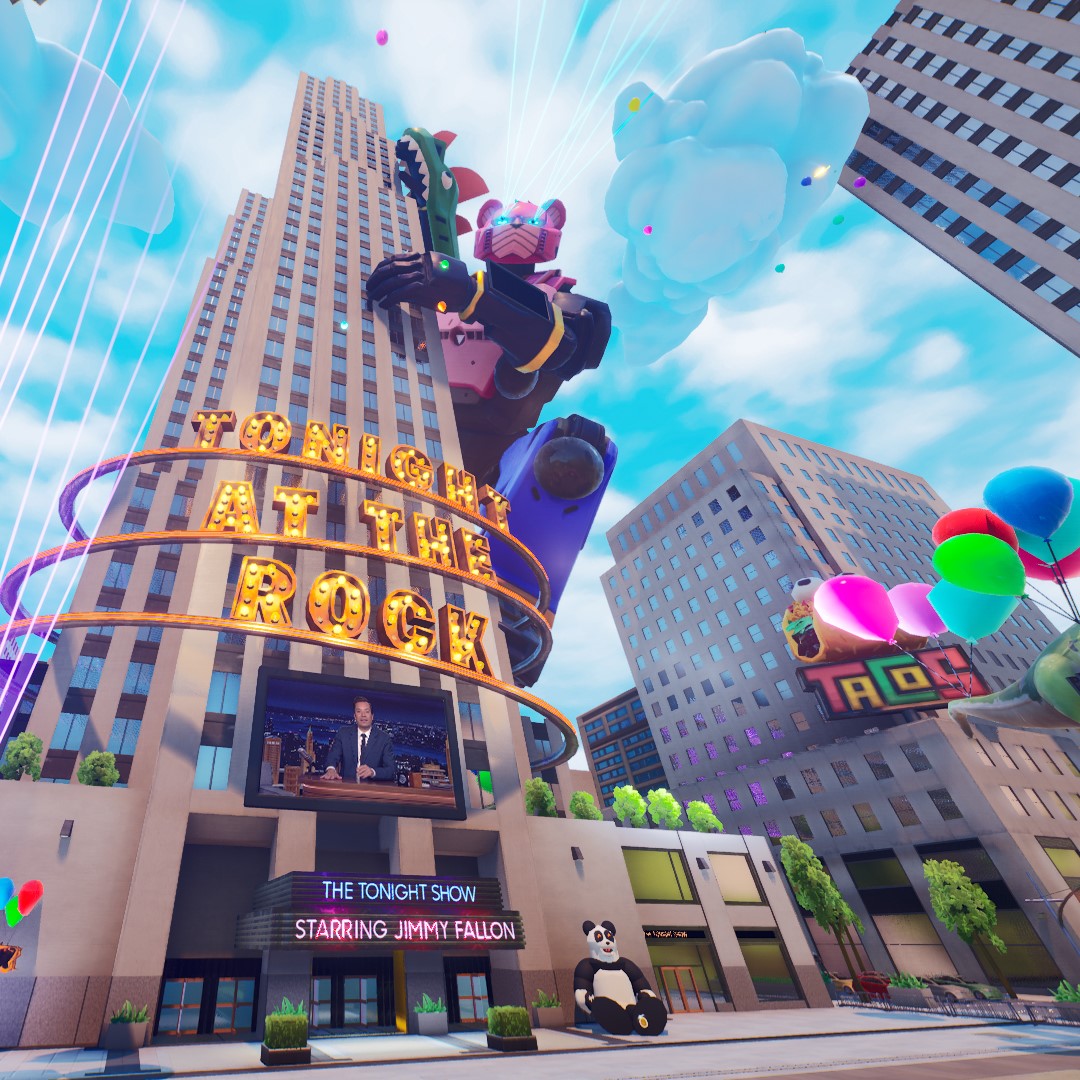 Being on the frontline of the web3 and metaverse activities, Samsung once again partnered with The Tonight Show Starring Jimmy Fallon, bringing the joint experience dubbed Tonight at the Rock Powered by Samsung Galaxy to the virtual world and gaming universe Fortnite.

The initiative was launched on September 20th as the first-ever interactive gaming experience, allowing gamers to explore the VR versions of iconic New York City sights like Central Park and Times Square, as well as Rockefeller Center and Studio 6Bk, where The Tonight Show was aired. In addition to the metaverse experience, there are also games and mini-games, including Fallon's favorites like Giant Pong, Cabbie Crash Course, and Race Up the Rock.

Fans could tune in to The Tonight Show Starring Jimmy Fallon on September 21st to learn more about the integration mirroring one of the games outside of the real-life 30 Rock.

"Tonight at the Rock empowers fans with a unique social adventure right in the heart of 30 Rock, all enhanced through in-game Samsung power-ups made possible by the Galaxy ecosystem. We are so excited to offer late-night fans the first ever interactive ‘Tonight Show’ gaming experience, in a way that honors our longstanding creative partnership,”

To enjoy the web3 game for free with your family and friends, one needs to simply download Fortnite on their Android gadget or PC, XBOX, PlayStation, or Nintendo Switch. Both single and multiplayer options are available.

According to Fallon, he turned to Samsung willing to create an immersive metaverse experience in Fortnite, and was thrilled when he got a positive answer. Although this is one of the several collaborations between Samsung and The Tonight Show, the Tonight at the Rock Powered by Samsung Galaxy game is the first interactive gaming and metaverse experience with upscale graphics and attention to detail.

Have you already jumped into the game? Share your experience on our socials.

MoonPay Announced the 7M NFT Hunt throughout Universal Studios Parks in California and Orlando OpenSea Added Ethereum Scaling Protocol Arbitrum to the List of Existing Blockchains The Bitverse will Start with Three Games: a RPG, a Battle Royale, and an Endless Runner — Creator's Interview