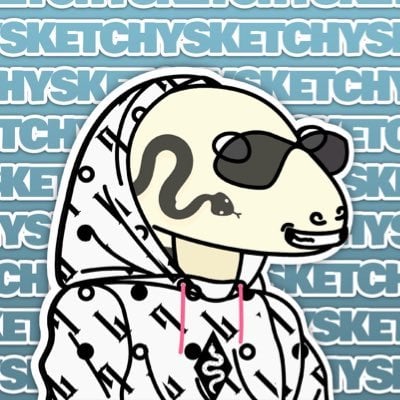 Sketchy Manders is a PFP NFT collection with a total supply of 10,000.

Owners if a Sketchy MAnder NFT will be entitled to exclusive Mander-Only benefits such as early access to out V2 colelction, rewrds from the Sketchy Vault. Rewards in the form of Sketchy Coin and of course particiopation in a large donation to animal rescue!