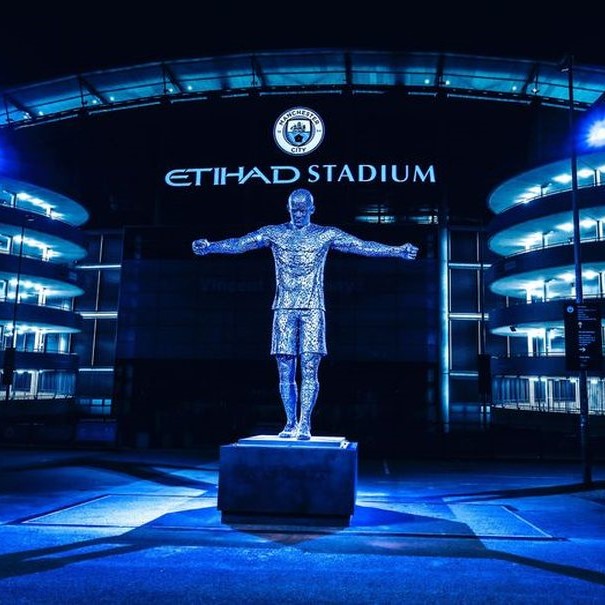 Just imagine yourself amidst the soccer battles of Manchester City on their home Etihad Stadium from the comfort of your couch! And no, it won't be a TV or online streaming of the game in media, but a VR match on the first-ever Metaverse Stadium, which is now at the stage of active construction.

Thus, the current English Premier League winner, Manchester City, has teamed up with Sony for the 3-year implementation of the most daring project in the metaverse – the construction of the VR copy of Etihad Stadium. The partnership between the football club and Sony specialists will allow the rooters who can't be physically present at the stadium, to be part of live and recorded matches around the world.

It is announced that Sony VR profs have already visited the Etihad Stadium to map it digitally for further model construction. Besides, the technology of image analysis and skeletal tracking will allow transforming the Etihad Stadium into the major Centre of FC Manchester City in the metaverse.

The VR technology will not only allow fans to the matches but also give everyone willing a unique opportunity to meet up with the iconic players just for a chat.

"The whole purpose of having a metaverse is that you can watch the matches live, be a part of the action from different perspectives, and fill the Etihad stadium as much as you want since it is completely virtual. I believe that the classic image of someone sitting on a sofa watching a screen is something we cannot conceive will still be the reality in ten years, if not sooner. Things happen far more quickly than we believe. Football has the potential to alter the way broadcast rights are distributed if it becomes a hit in the metaverse. They are sold to broadcasters as part of a Premier League package, but teams are considering selling them directly to fans in their metaverses," Nuria Tarre, the City Football Group’s chief marketing, and fan engagement officer explained.

Against the backdrop of Man City's official announcement on exploring the web3, its eternal rival Manchester United has also pushed into blockchain a new partnership with Tezos (XTZ), announced on February 10th. Thus, Tezos will be Manchester United's official cryptocurrency, and may also help develop digital merch.

Who knows what awaits the rooters in a year or two, as it's just the beginning of the global transformation. Let's wait and see!