Top-Tier NFT Collections Sell Out in Seconds via Instagram 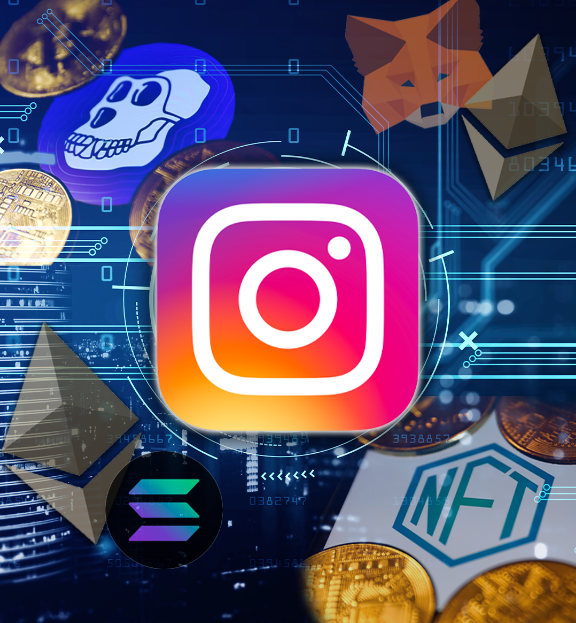 Meta-owned Instagram is one of the largest and most innovative social media platforms with over two billion users so far. The web3 focus and the release of multiple NFT and blockchain-driven features only strengthened its position as the leader among competitors.

The ability for users to connect their wallets to share NFTs, both created and purchased, made a real splash among Instagram frequenters and drew multiple NFT degens to its sites. Thus, some rumors were circulating that the platform could mainstream non-fungible assets, making the tech available to wider audiences.

Following its prior success, Instagram proceeded with its NFT features, allowing users to create and mint NFTs, turning the social media platform into a full-fledged marketplace for digital assets. Additionally, the newly rolled-out feature allowing users to pay for NFTs with fiat, helped Meta draw thousands of newcomers to web3.

Simplicity and wide reach impressed the web3 newbies, but what about the seasoned collectors? Would they leave their well-tested waters in favor of trying to purchase valuable assets via a highly centralized, web2 platform?

The answer to these questions is 'yes,' as Instagram's NFT campaign was pushed forward by influential NFT artists, including Drifter Shoots (aka Isaac Wright), Refik Anadol, Amber Vittoria, Dave Krugman, and Micah Johnson. The fact that high-valued collections of non-fungible masters sold out in minutes via the platform instilled confidence in other creators.

Thus, today, we can say that the largest social platform has successfully bridged web2 and web3, bringing the benefits of decentralization to the primarily centralized platform.

"Digital collectibles make a lot of sense when you consider where many of us do our social signaling," Krugman wrote in his Instagram post while announcing his first NFT drop via the platform back in November.

Other renowned artists like Maliha Abidi and Bobby Hundreds expressed their gratitude to the platform that allowed them to reach new, prospective buyers.

"We're stoked to usher in the feature, not only because it brings up the conversation of NFTs to the platform, but because it gives us the chance to re-educate the bright future we see ahead for NFTs and Web3," Adam Bomb Squad, Bobby Hundreds' NFT collection wrote.

And, of course, understanding the significance of eco-friendliness, Instagram founders could not choose any other blockchain but green Polygon for their NFT campaign. This major success and multiple other Polygon endeavors, such as collaborations with Nike, Starbucks, and other brands throughout 2022, drew the Ethereum Lawer 2 chain to the top, putting it in one row with Ethereum and Solana. Also, in addition to being ecological, Polygon also ensures high-speed, cheap transactions, which, in its turn, allows the wallet-friendly purchase of digital assets through Instagram.

Moreover, the largest of all social networks chose in favor of Polygon to launch its NFT features, aiming to become a so-called 'funnel' for web2 brands tending to enter the web3 realm.

Summing up, Instagram's holistic approach and perfectly sought-out web3-forwarded strategy serve as a perfect example for other web2 companies, preparing to hop in. Making the NFT and other web3 technologies mainstream, Instagram provides a cloudless entry to the blockchain, opening the door to decentralization in front of its users.

The Donut Galaxy is a Delicious 3D Art Collection with an Initial drop of 5,804 Unique NFTs — Creator's Interview McDonald's to serve Art and Technology at the Virtual Lunar New Year Festivity in the Metaverse Azuki Reveals Its Immersive Hilumia Metaverse City for NFT Holders