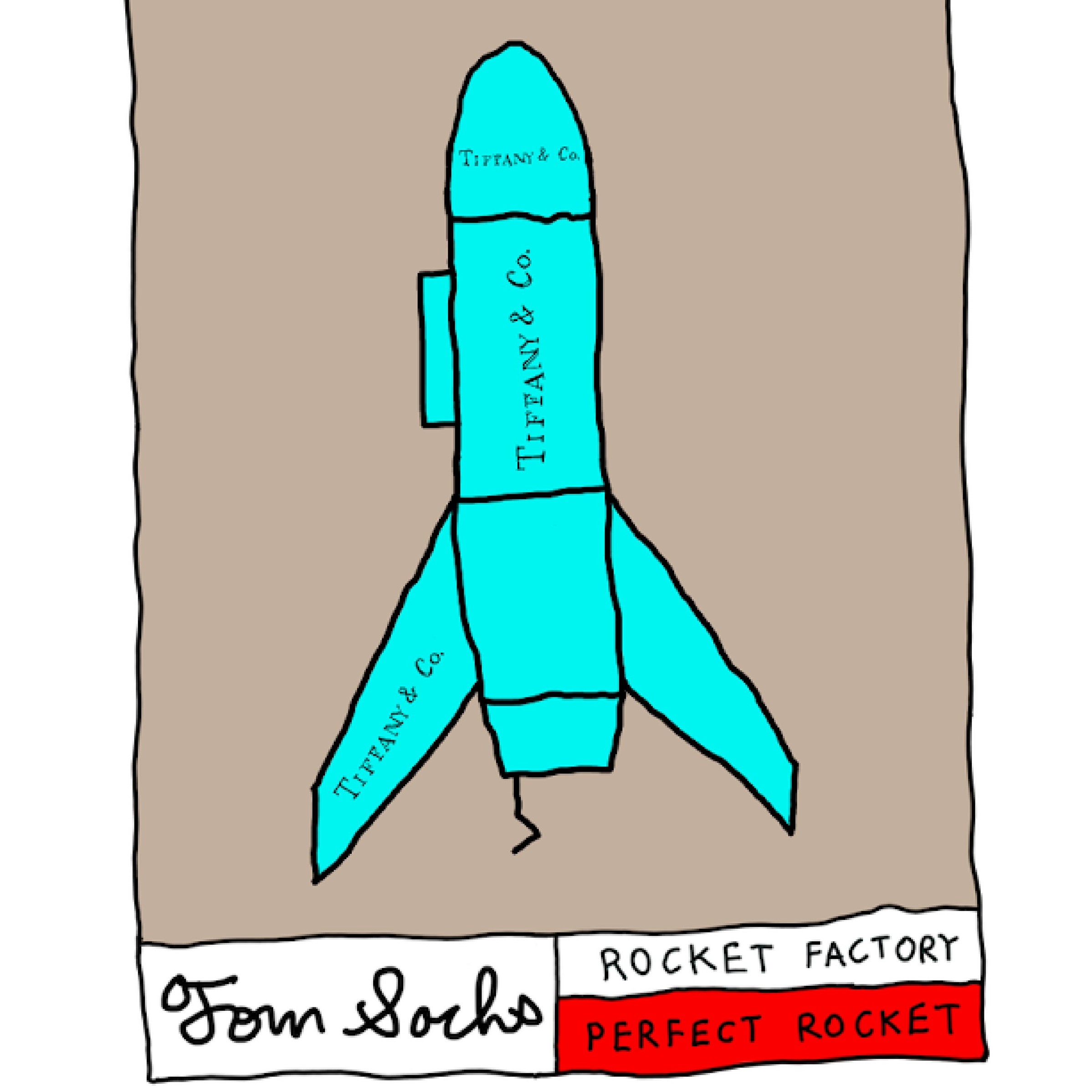 LMHV-owned brand Tiffany & Co has always been a trendsetter in the world of chic, artsy jewelry. Moreover, the jewelry giant is known to be keen on technology, that's why Tiffany's web3 expansion was just a matter of time. And finally, the brand has made not just a step but a leap into NFTs with the acquisition of Okapi by Tom Sachs: Rocket Factory.

According to OpenSea, where Tom Sachs’ spacecraft is stored and traded, Okapi NFTs were sold for a whopping 115 ETH earlier this week. The big deal was immediately celebrated with Tiffany's Twitter profile pic changed to the full rocket NFT.

Tom Sachs launched his Rocket Factory in August 2021. The conceptual rockets bear the world's most iconic brands' logos and consist of three NFT components: the head, trunk, and tail combined, together to form a full rocket. The current floor price of a 1,000-piece full rocket NFT collection reaches 2.4 ETH on OpenSea.

The team behind the Tom Sachs: Rocket Factory creates phygital items. Once all three rocket parts are purchased and brought together into a complete spacecraft, the guys create a physical replica and hold a grand launch. The lucky owner receives the video of their rocket launch, the rocket itself, and its valuable NFT.

The recent acquisition of Rocket Factory's Okapi by Tiffany & Co celebrates the start of a long-term partnership, as well as an official entry of the jewelry giant into the NFT space. Thus, Tiffany comments on the recent deal, calling it "the evolution of fine art collecting.”

For now, there's no information about Tiffany's NFT projects to come. Let's wait and see!