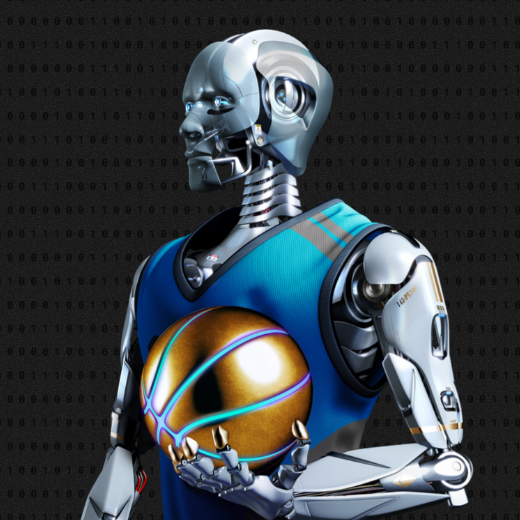 How's everybody doing? This time around we are talking to David R Goldberg — Co-Founder of Swoops NFT.

Chris: At a high level, what is Swoops, and why should people care?

David: Swoops sits somewhere between eSports and Fantasy Sports, with a focus on True Ownership. Swoops has created an entire world, including IP and one-of-one player/NFTs for users to own, train, trade, develop, and play the game with. The game itself is one of strategy and analytics, where users enter their players into 5-on-5 contests against their peers for real money, all powered by our proprietary simulator.

Chris: How does this differ from fantasy sports, including recent companies to gain some momentum like SoRare and Draftkings Reignmakers?

David: We are huge fantasy geeks over here at Swoops, and I’ve personally been playing for over 30 years. I consider Fantasy 1.0 the original season long formats on Yahoo, CBSsports, etc. 2.0 is DFS, led by Draftkings and Fanduel, tapping into shorter attention spans and multiple contests at a time. We consider these new entrants you mentioned as Version 2.5, leveraging blockchain technology to give some value to assets after the game is over. But what’s missing in our opinion, is the feeling of true ownership, which is central to the ethos of Web3. We believe this can only be accomplished w/ one-of-one NFTS, where a user is in full control, and in position to reap 100% of the benefits, of their asset. This is what we deliver as part of what we consider Fantasy 3.0.

Chris: What are the pros and cons of creating your own world and players, and not leveraging the brand of the NBA and its players?

David: It will definitely be a little harder to come out of the gate w/ the credibility and brand recognition a partnership with the NBA would bring. Additionally, it will be more difficult to convert the casual NBA fan who doesn’t play fantasy or know much of Web3. But for our core user, we are confident that the reation of our own IP will bring more benefit than downside. First, we don’t have to play by anyone’s rules, or share economics, and this can all trickle down to the user. We also can have games running 24/7/365, and avoid the worst of sports – injuries, fouls, off-the-field behavior, etc. Lastly, we have a blank slate around storytelling and creative, and think this will provide tremendous opportunity for partnership.

Chris: Can you share more about the Player/NFTs themselves?

David: Our players, called Swoopsters, share a lot of characteristics with real life athletes. They have unique DNA profiles along with individual visual and skill-based attributes (shooting, speed, defense, hustle, etc). They also are dynamic, and change over time as they age.

Chris: This all sounds really interesting and complex. Who do you think the core user is?

David: Swoops combines sports, gaming, and crypto, so we’ll ultimately pull from a variety of buckets. But early on, we will focus on those already familiar with Web3 game and the similar – TopShot, Reignmakers, ZedRun, SoRare, etc. Then we’ll pull from hardcore DFS players who want to level up their experience and relationship w/ the game. Long term, we hope to be viewed as a sport ourselves, and bring on a dedicated following similar to traditional sports.

Chris: I keep hearing about Swoops GM. Can you explain what that is?

David: SwoopsGM is a side projet we launched about two months ago as a daily, free-to-play contest. We publish a different challenge team lineup each day, then our users submit a salary-cap based lineup to compete against it, leveraging our proprietary simulator. We launched it to a) have a testing ground for our simulator, and b) to start to get users accustomed to much of our world, including data-driven lineup creation, team chemistry, and the simulator itself. We’ve been blown away with the virality, with hundreds of people posting their lineups and results every single day.

Chris: How do folks get involved?

David: Our genesis mint is September 21st (Whitelist) and 22nd (Public). We are launching a limited supply of 1500 players (at .05 eth), to onboard our first set of team owners who will compete in our first season of play. Every season (3 months), we will mint a new crop of rookies. Also, don't forget to join our Discord and Twitter. It is the best way to stay informed on news and announcements.