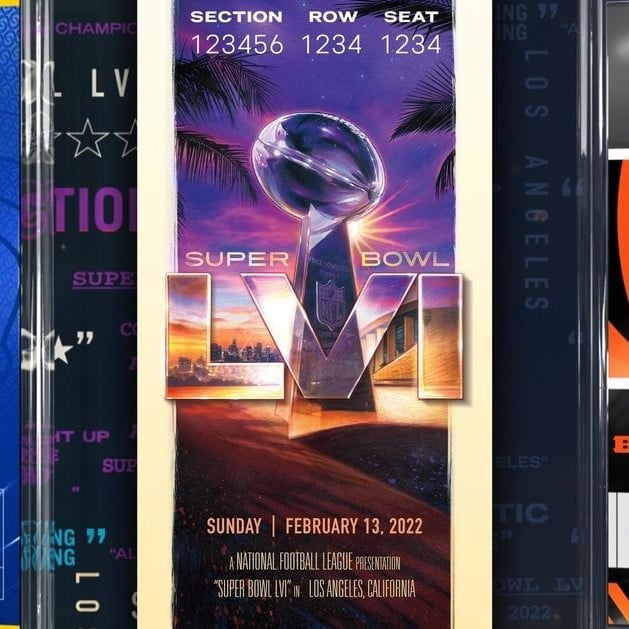 The NFL, the world's second-largest football league, and the Super Bowl immovable holder is constantly changing and updating. As this year the Super Bowl LVI will offer mobile ticketing, it provides the NFL with an exceptional opportunity to celebrate its fans. Which way?

NFL has partnered with Ticketmaster to bring airdrop the non-fungible Super Bowl virtual commemorative tickets to this year's game visitors. As a result, everyone who buys a ticket to the event acquires it in the form of an NFT, minted on the energy-efficient Polygon chain. The nun-fungible tickets will live on long after usual paper invites turn into dust.

"Collecting ticket stubs has always been something our fans love to do, especially for the season's biggest game, and offering customized Super Bowl NFTs allows us to enhance the gameday experience, while also enabling us to further evaluate the NFT space for future ticketing and event engagement opportunities," Bobby Gallo, SVP, Club Business Development, NFL said.

This spectacular giveaway will become the second National Football League’s (NFL) dry run of its NFT ticketing initiative. Back in November/December, the sports giant had already tested the NFT ticketing, which resulted in tremendous demand growth.

Inspired by the previous successful initiative and to celebrate the Super Bowl LVI returning to LA, the NFL is going further this time, introducing a series of seven historic commemorative NFTs alongside tokenized ticketing. A new NFT will be released every day, starting from February 6 and up to February 13, when a commemorative token, featuring the current Super Bowl LVI ticket artwork designed by a local creative artist, will see the world.

And even that's not all the surprises prepared for the fandom. A couple of the most prominent crypto brands take up the Super Bowl's advertising. Thus, the most influential of them, the Bored Ape Yacht Club, is rumored to make an NFT showcase at the halftime show to about one hundred million highly impressionable sports fans.