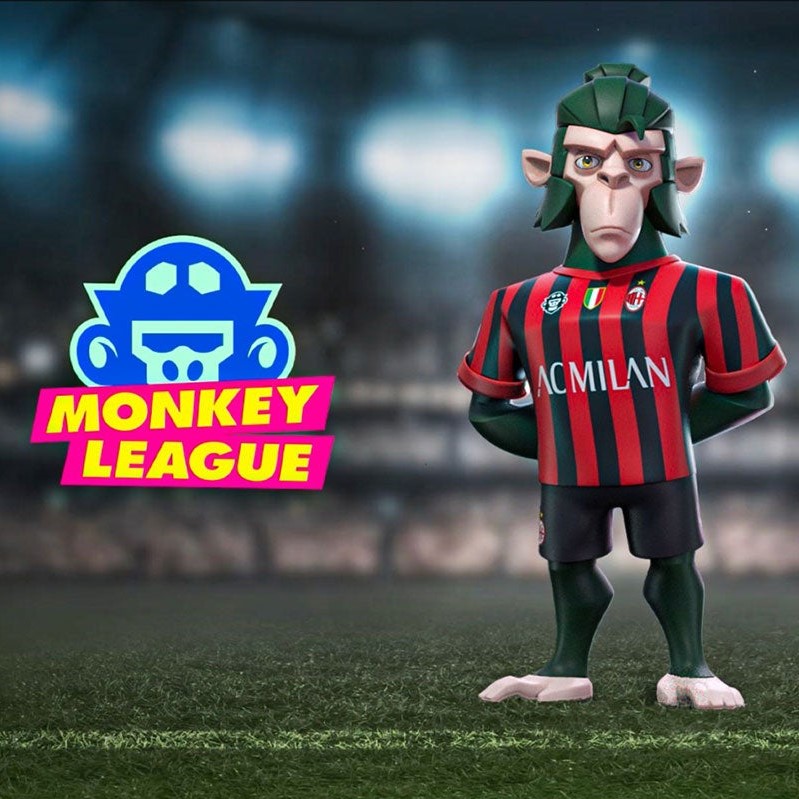 Italian soccer club AC Milan is here with the great announcement of the partnership with the Solana-driven web3 game MonkeyLeague, becoming the Rossoneri's new NFT gaming partner. MonkeyLeague is a strategic football game allowing players to create and promote their dream team consisting of at least six MonkeyPlayer NFTs. The game economy is focused around an in-game currency, MonkeyBucks ($MBS), and non-fungible assets that can be staked, sold, or traded.

As for the NFT assets, the MonkeyLeague designers will work in close-knit partnership with the AC Milan team to launch a new collection of branded AC Milan NFT game assets, including new MonkeyPlayers, skins, and stadiums. The initial series of tokens will be put up for auction on Magic Eden on October 6th. The rarest AC Milan MonkeyPlayers NFTs will come paired with physical AC Milan jerseys, containing signatures of the entire club team.

Alongside, the first-ever MonkeyPlayer NFT breeding season will be launched, which will result in random AC Milan branded assets creation. In addition to Players, there will also be Land and Stadium NFTs.

AC Milan is the first major soccer club to officially team up with MonkeyLeague. “We are thrilled to kick off this partnership with MonkeyLeague, a collaboration that allows us to strengthen our positioning in the field of digital innovation,” Casper Stylsvig, chief revenue officer of AC Milan, commented on the partnership.

Enjoy the awe-inspiring web3 game soaked through with soccer hype and be rewarded for multiple hours of exciting gaming by joining the AC Milan x MonkeyLeague community. Set your alarms so as not to miss the release and updates on the upcoming initiative.