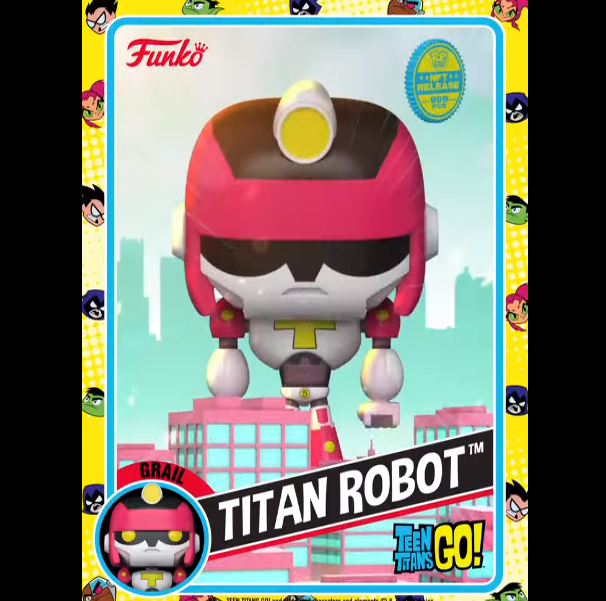 The collection of 42,500 digital collectibles in total, featuring the most loved superheroes and supervillains of the cartoon show, will go live on January 31st. The action-packed Digital Pop! collection will drop in a blind format, featuring Standard Packs with 5 NFTs inside at $9.99, and Premium Packs with 15 Digital Pops priced at $29.99.

As it usually goes with all Funko NFT collectibles, all minters will have a chance to win a physical vinyl figurine. However, for now, the physical copies of the animated Teen Titans characters are kept secret until the reveal.

To grab a vinyl figurine, one will have to reveal a Legendary or Grail NFT that matches their Digital Pop. What's more, after completing a Royalty Collection, which features at least one Common, Uncommon, Rare, and Epic NFT, one also becomes eligible to redeem it for a super-exclusive IRL vinyl character designed for this release.

Those minters who will be lucky enough to pull a super-rare NFT or collect the Royalty set will receive their redemption tokens on May 31st. If you are one of them, you will have a 30-day window to redeem your tokens for a physical Funko Pop Teen Titan, which will be shipped to your door in Q4 2023.

Go to the Droppp marketplace on January 31st and take your chance to mint an exclusive phygital superhero or your favorite antagonist from Teen Titans!