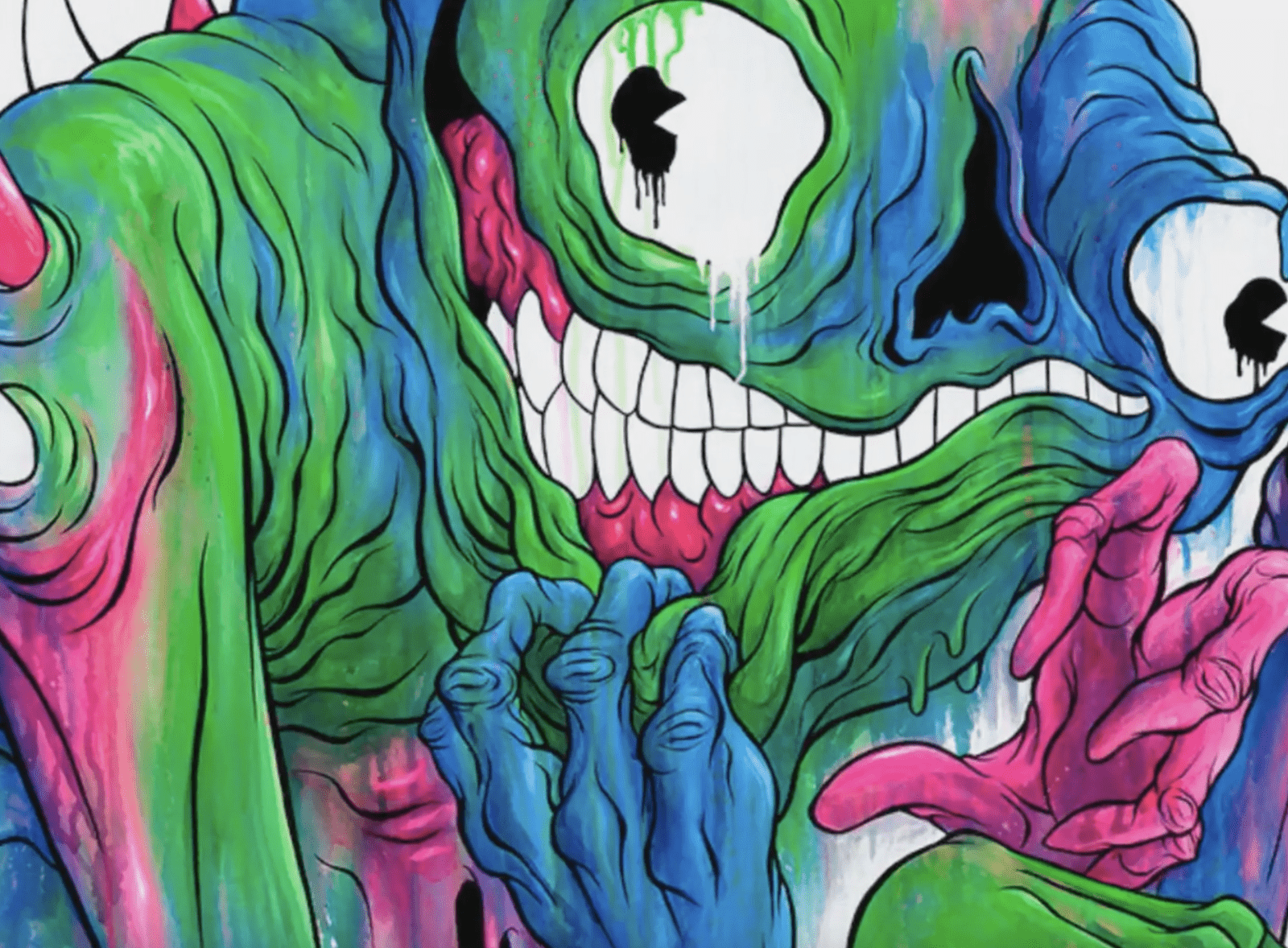 Alex is the creator of colored nightmares – Brightmares. Blending cute with horrific, he creates neon-colored, iconic artworks. Alex has already collaborated with SPOKE ART. In 2010, there was Alex’s pop-up show in Oakland. More than ten years later, Alex Pardee and SPOKE ART get together for SHUNDERLAND. This is a real exhibition taking place as a pop-up show in Santa Monica as well as online on MakersPlace.

“I don’t remember much of my life before I was diagnosed with clinical depression and panic disorder at age 14, but I do remember how I’ve dealt with my life ever since. SHUNDERLAND is an entire world of characters, stories, and “Brightmares” that I created when I was in high school so I had somewhere to mentally run away to when I needed to escape” – tells Alex.

Alex calls Shunderland his own Minecraft, his own Westeros, Springfield, CHEERS, his own galaxy. He has escaped there on a daily basis for over 30 years, and now he is ready to introduce some of its oldest inhabitants and friends to the audience.

Each painting in this collection is inspired by Alex’s art from the past.

“They are each based on an old sketch, scribble, and story that I created decades ago, during some of my early trips into SHUNDERLAND” – Alex describes the upcoming collection.

It’s gonna be an amazing drop. Add it to your calendars as well as attend the exhibition if you’re in Santa Monica these days!