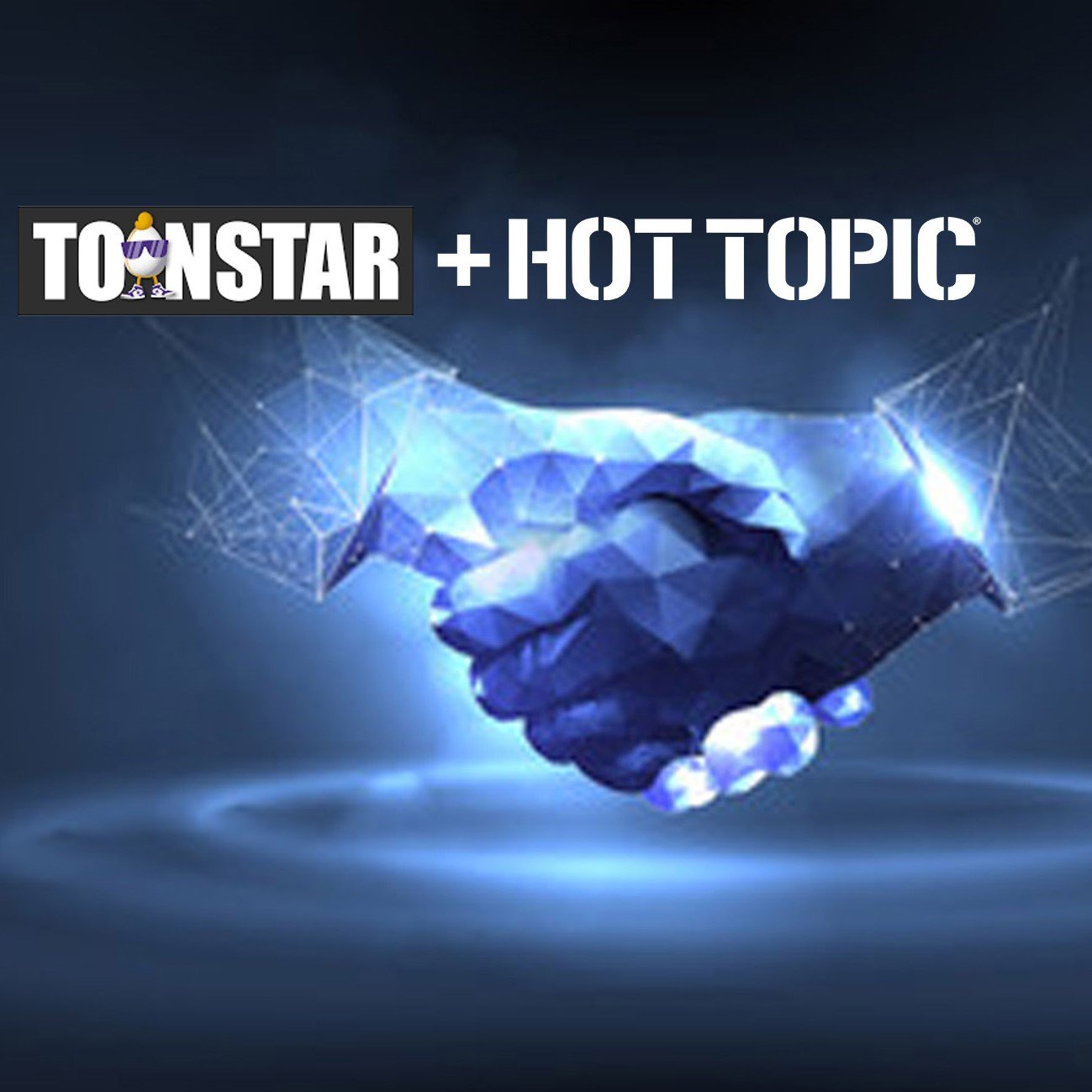 The digital arm of Mila Kunis' Orchard Farm Productions, the web3 animation studio Toonstar, is entering the big NFT waters by teaming up with the Hot Topic US-operating retailer. The collaboration aims to merge retail, entertainment, and non-fungible technology to make the web3 mainstream.

Thus, the Toonstar x Hot Topic partnership marks the new era of retail, which will entirely change the concept of IRL sales, bringing NFT and web3 products to physical shelves and vice versa. The agreement suggests that Toonstar takes up the development and provision of NFTs and other digital activations for both original projects and Hot Topic-developed IP. The announcement will be officially sounded out on July 21st on the grounds of the upcoming Comic-Con. The brands will be raising the hype, offering the fans episodic roles in the next Toonstar's The Gimmicks NFT series.

As you probably know, Toonstar produces the mischievous The Gimmicks cartoon series with the Sixth Wall company owned by Mila Kunis. The Gimmicks have gained much fame since their launch earlier this year. Accordingly, by giving the series' large fanbase a chance to become part of the favored NFT cartoon, the partners hope to make NFTs available for everyone.

According to Toonstar CEO and co-founder John Attanasio, with "Hot Topics’ 800 stores across the U.S. and 11 million existing members of The Hot Topic HT Fanatics community, the project will attract millions of new users to the space."

Besides, Attanasio named the specific term, which best explains the intersection of the entertainment and retail worlds, namely “transmedia.” The Toonstar CEO explained the term as he sees it, providing Disney's “gold standard” as an example, with Mickey Mouse as its flagship character and product.

Toonstar will promote Hot Topic in the inaugural in-store NFT sales, paired with the themed physical merch redemption. As for details, currently, the web3 company is known to take up the following activities:

"We’re on a mission to bring Web3 into the mainstream, and there is no better partner to make this happen with than Hot Topic," John Attanasio commented on the collab.

Following his partner's words, Steve Vranes, CEO of Hot Topic, Inc. continued: "We strive to be the leaders in building fan communities and offering these fans the best products possible," adding, "Toonstar has the same goals in the digital world, and together we look forward to building the most innovative and engaging fan-based digital products and communities in a Web3 environment."

All the most interesting details and nuances of the collaboration will be announced as early as July 21st. Who knows what other exclusive treats from Toonstar and Hot Topic are about to see the world soon.