Stake $KBOX to Get the Privilege of Purchasing the Keys, There can be Sold in the Marketplace — Creator's Interview 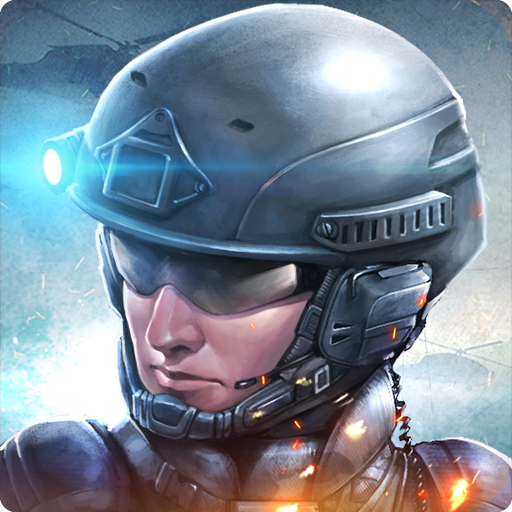 This time around we are talking to Don, Zhu - Founder of The Killbox Game.

Chris: The Killbox Game is a play to earn NFT game. How does it allow players to assemble squads and play against other teams?

Don Zhu: The Killbox is a free-to-play, play-to-earn game as well as an NFT project on-chain. It is an action-packed, somewhat bloody first-person shooter game in which players assemble elite squads and it has incorporated a tradable NFT weapon system and “play to earn” elements to make it a dynamic game.

You can download the Blockchain version of TKB Game and start the journey of Playing to Earn in this combat arena now!

Chris: Furthermore, is it possible to play single-player modes in the game?

Don Zhu: Currently there is no story mode for the game, however, there is a bootcamp that is single player. It teaches you the basic features of the game and all you need to know to enjoy the game. There will also be a zombies mode where there are zombies that come in waves and you, alongside other teammates must fight them off.

Chris: So, when the investors prepare their squads, they interact in a common space. Does that mean the game also has a Killbox Game Club? What other benefits does the Club provide?

Don Zhu: We have Game Guilds that allow players to find their friends.

If you are an outgoing person and have influence on social media, you can also become one of our Guild leaders, who will gain impressive commissions as follows. You can talk with https://t.me/Vivian_TKB about it.

We designed a lot of utilities for the native token $KBOX and it will bring high consumption as long as we have active players, so it promises the future of $KBOX tokens. $KBOX is the native token of The Killbox Game, the first FPS game on-chain with a play-to-earn system.

Higher level and quality of the NFT weapon will bring more hash rates to the players, with a mining rate of 70 $KBOX per hash rate on a daily basis. The total hash rate of the player will be calculated by adding up the hash rates of all his/her NFT Weapons.

Take T4 NFT Weapon as an example. There are several benefits and privileges for NFT Owners.

Chris: When will the NFTs release for The Killbox Game? How many NFTs are there in total?

Don Zhu: Currently the date is open at 10 Am UTC, Jan.20. 2000 pieces of T1 NFT and 500 pieces of T4 NFT will be open for sale. There will be new NFTs released frequently, which can be obtained and used in the game.

And we launched amazing INO Campaigns.

Chris: How do I mint my Killbox Game NFTs? What is the minting cost of each token? How much is the gas fees?

Don Zhu: Mint is going in this few steps:

(Your NFT will be automatically staked and start mining after you unlock it. Around 70 $KBOX will be assigned to each hash rate Per Day during the Genesis Period at the total amount of 300 Million $KBOX. )

Because our token is on BEP-20, Binance Smart Chain, the gas fees are far lower in comparison to ERC-20.

Chris: Additionally, what are the different types of NFTs in the Killbox game? What are the features?

Don Zhu: TKB NFTs will not only help generate $KBOX rewards through NFT staking in the marketplace, but also reflects a weapon with specific injury in TKB game. Weapons are tiered from Tier 0 to Tier 6. Tier 0 is not considered an NFT but as a required item for NFT weapon upgrading of T4 - T6 NFT Weapons, and those are the weapons you start with as a completely Free to Earn player.

Our NFT weapons have a hashrate that allows you to farm our $KBOX token because they’re automatically staked when you buy one.

There’s a lot of privileges in owning NFT weapons from Tier 1 to 6.

NFT Limitations for Each BSC address

Around 70 $KBOX will be assigned to each hash rate Per Day during the Genesis Period at the total amount of 300 Million $KBOX.

*NFT weapons can be sold in the Marketplace at a good price.

Use the $KBOX mining rewards to participate in $KBOX Staking and win lottery chances for key purchase privilege.

*Keys can be sold in the Marketplace and at a good price.

Equipped with NFT weapons of different qualities to win treasure chests of the lower or the same qualities in-game.

*Treasure chests can be sold in the Marketplace at a good price.

Rent your NFT weapons in the Marketplace and win a stable income, in this case, NFT Privilege C will be transferred to the new owner, and Privilege A/B will stay with the original owner.

Join the designated battle and get a chance to win $KBOX rewards.

Chris: Similarly, do you also have a rarity chart? How do investors find out about the rare NFTs?

Don Zhu: As mentioned, there are 7 qualities of TKB NFT weapons ranges from Tier 0 to Tier 6..

70 $KBOX will be assigned to each hash rate every day during the Genesis Period at the total amount of 300 Million $KBOX.

That means, the higher the better. The tiers themselves offer different degrees of privileges and participation in our project as aforementioned.

Chris: Finally, please highlight your key milestones in the roadmap ahead. What more do you plan to do with Killbox Game NFT?

Don Zhu: We will open more NFT Sales later. Also Blockchain version has been released, in which players will be able to gain good income through their skills, and crypto investors who don’t play the game will be able to gain stable income from NFT weapons and in the future, coin staking.

In the long term, we have planned our metaverse world. Within this metaverse, we’ll include the addition of buyable land with many diverse options of investments. There will also be an Armory included in the game that will allow users to display their NFTs and manage their rents / combinations / upgrades and so forth. As for the short term, our main focus is delivering an unique NFT FPS experience while benefiting earners, investors and holders.

Check our roadmap below.

- KBOX token listing on an Exchange

Inventor Club Provides Utility to Holders Such as Business Coaching, Start-ups, & Revenue Sharing — Founder's Interview We Plan on Building 7 Total Planets that Users will be Able to Explore and Develop — Interview with the Founder We have Already Raised and Donated 11K For the National Parks Foundation — Creator's Interview