We Wanted to Make the Tokens Accessible to Everyone — Founder's Interview 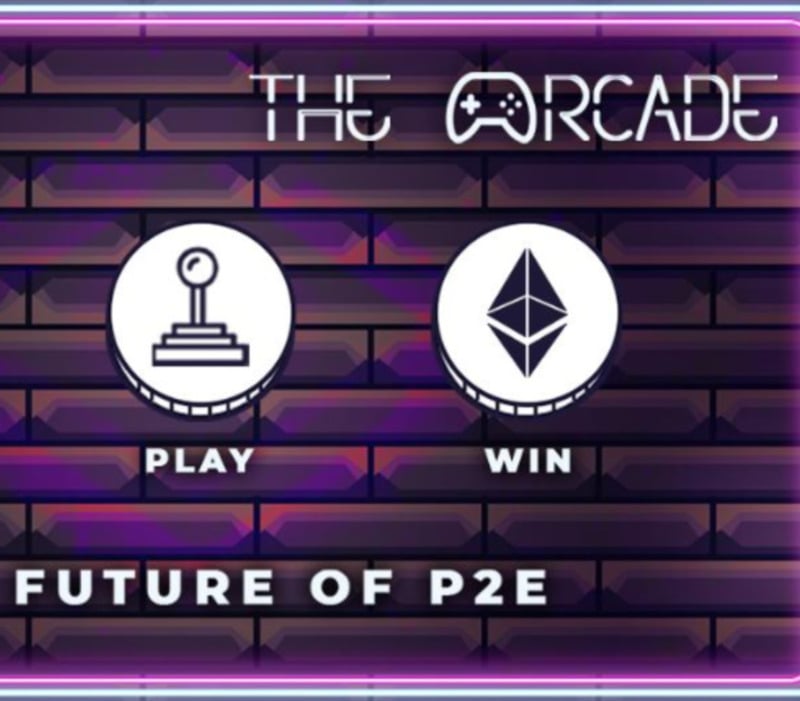 On this joyful day, my guest is Isaac Adams — Co-founder and the lead visionary of The Arcade. Based out of Canada, he has had great experience in the Crypto and NFT realm. He is an established Fx and Crypto trader who has worked with multiple funds in the UK and as of mid 2021, has gotten heavily involved with NFT's. As well, he has been a main advertiser in the industry for Times Square billboards since October and has worked with sizeable projects such as Party Ape Billionaire Club, Shiba Social Club, and Big Cats.

Chris: The arcade is a new take on the Play-to-Earn gaming industry. What is the new angle that you are exploring with The Arcade NFT?

Isaac: With The Arcade, we are aiming to launch different phases over this year to help better connect the P2E and GameFi space, as well as show what it truly means to earn. We have looked at the existing model of P2E which is without fail either receiving an in-house ERC20 token for "Staking" or receiving an NFT from the project. This is still a great concept, but when its over saturated, these earnings cease to exist as the demand is not their to exchange these assets for Eth. Instead for our Phase 1, we have set up a game platform with multiple seasons to earn liquid Eth or 3rd party NFT's such as BAYC and Punks. Not everyone will be able to win but they can compete each season with their token as it reactivates.

Chris: You have a 10-year mission in place. Looking back, what were the first impressions that inspired you to develop the token?

Isaac: What really inspired us was listening to great influencers in the space like Faze Banks on the future of gaming in Web3. We want to be able to help create a world where you can play your favourite games on mainstream consoles or computer and earn Crypto, this is the dream!

Chris: Change to something like "What is the gameplay that would allow a player to earn crypto or an NFT?"

Isaac: We have developed for our season 1, a very easy and accessible game that everyone can play. We also wanted to make as large of a portion as possible of people be able to win. So lets say theres 10,000 players. Essentially the top 5,000 of them would have an opportunity at earning a 3rd party NFT, as well the top 2,000 would all be guaranteed a portion of Eth. If a players highest score only gets them 7000th place, their tokens will reactivate and they can compete for season 2 and the rewards that will come in that game and so on. We have organized a great setup to perpetually have rewards to give away and we are not dependant on royalties.

Chris: By the same token, what will be the NFT artwork? How will the tokens participate in the game?

Isaac: Because this is a utility token, its purpose is not focused on art. Its purpose is to provide a certain amount of lives that get tracked when you connect your wallet to the site to play the game. In future phases later this year, there WILL be an art aspect.

Chris: Similarly, what are the different features of the token that make each one of them unique? What are the rare traits?

Chris: So, how affordable are the Arcade tokens? How much of the cost accounts for gas fees?

Isaac: We wanted to make the tokens accessible to everyone, so we have set the Bronze token at a price of 0.05 Eth, as well as split demand across 3 different tokens and optimizing the smart contract to lower the gas fees as much as possible. As well we are constantly doing giveaways and have a great structure inside our discord to help members earn tokens for free!

Chris: Will people be able to see the game before mint?

Isaac: Yes! We will be releasing a playable demo version the week of the mint. For anyone looking to only purchase a bronze token, we encourage them to practice this demo religiously to make the best use of their lives and hopefully be eligible for a Bored Ape!

Chris: Before closing, please help your investors understand the minting process of the Arcade NFT. What is the maximum number of tokens that can be minted in one transaction?

Isaac: You will be able to mint on our interactive web page and can mint an unlimited amount of tokens. Once season 1 is over, minting will be closed. We arent limiting the tokens to each individual wallet as we have seen too many times, people using multiple wallets to buy as many as they want. This is Web3 and something we have to play by.