NFL Explores Metaverse Gaming in Partnership with Fortnite and VISA 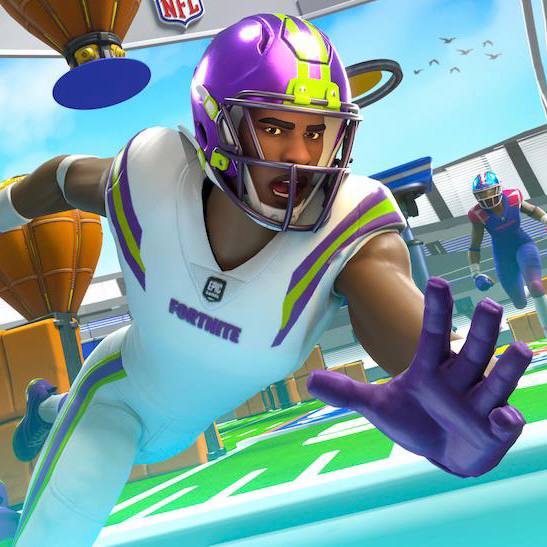 On December 1st, the National Football League announced another metaverse foray in collaboration with Fortnite and Visa. Three players are about to create an NFL Zone. The new initiative comes as a multifaceted, dynamic NFL-themed metaverse experience built in Fortnite Creative, which is a celebrated Fortnite’s addition, allowing individuals and brands to build games in a ‘sandbox mode.’

NFL Zone is aimed to become a Hub for over 400 million Fortnite gamers and NFL fans alike with outstanding fan discoverability and multiple entertainment solutions. Through NFL Zone, the National Football League also hopes to attract younger audiences to America’s most popular kinds of sport.

Thus, NFL Zone will appeal to users with mini-games, team maps, and other entertaining solutions, including the following:

As all past NFL’s partnerships with Fortnite turned out to be fruitful, the upcoming endeavor is definitely doomed to success. Notably, the NFL skins are now selling top among all branded skins, second only to Marvel and Star Wars.

"Fortnite has become one of the go-to destinations for audiences seeking immersive, social experiences, and we see a massive opportunity to bring NFL football to a new generation of fans with NFL Zone," Ed Kiang, VP of Video Gaming at the NFL announced, adding, "Through developing a robust catalog of content with top gaming personalities and pairing it with a persistent presence in the metaverse, we'll be able to grow generational fandom off the field and enhance the connection audiences have with NFL football."

Developers will also launch an extensive marketing campaign for the NFL Zone promotion by joining efforts with the most influential content creators across Instagram, TikTok, Twitch, and YouTube. NFL players will also be able to interact with the influencers and content makers to promote and share their experiences in the NFL Zone.

"NFL Zone is a great example of the amazing experiences created and published to millions of players in Fortnite every day. The NFL has used Fortnite's openly available Creative toolset to build a persistent, social and immersive experience that we can't wait to see evolve over the course of this NFL season and beyond," Matthew Henick, VP, Metaverse Development for Epic Games said.

Well, the brand-new NFL and Fortnite gamified endeavor is the best evidence of the global metaverse trend. Once you are one of web3 gaming and football fans, you should definitely try the new NFL Zone. Thus, you can currently access NFL Zone: The Hub globally by entering 3402-0256-6913 in the Island Code menu. To access the 49ers team-inspired map, fans can enter 6133-5764-5986 in the Island Code menu. Join!