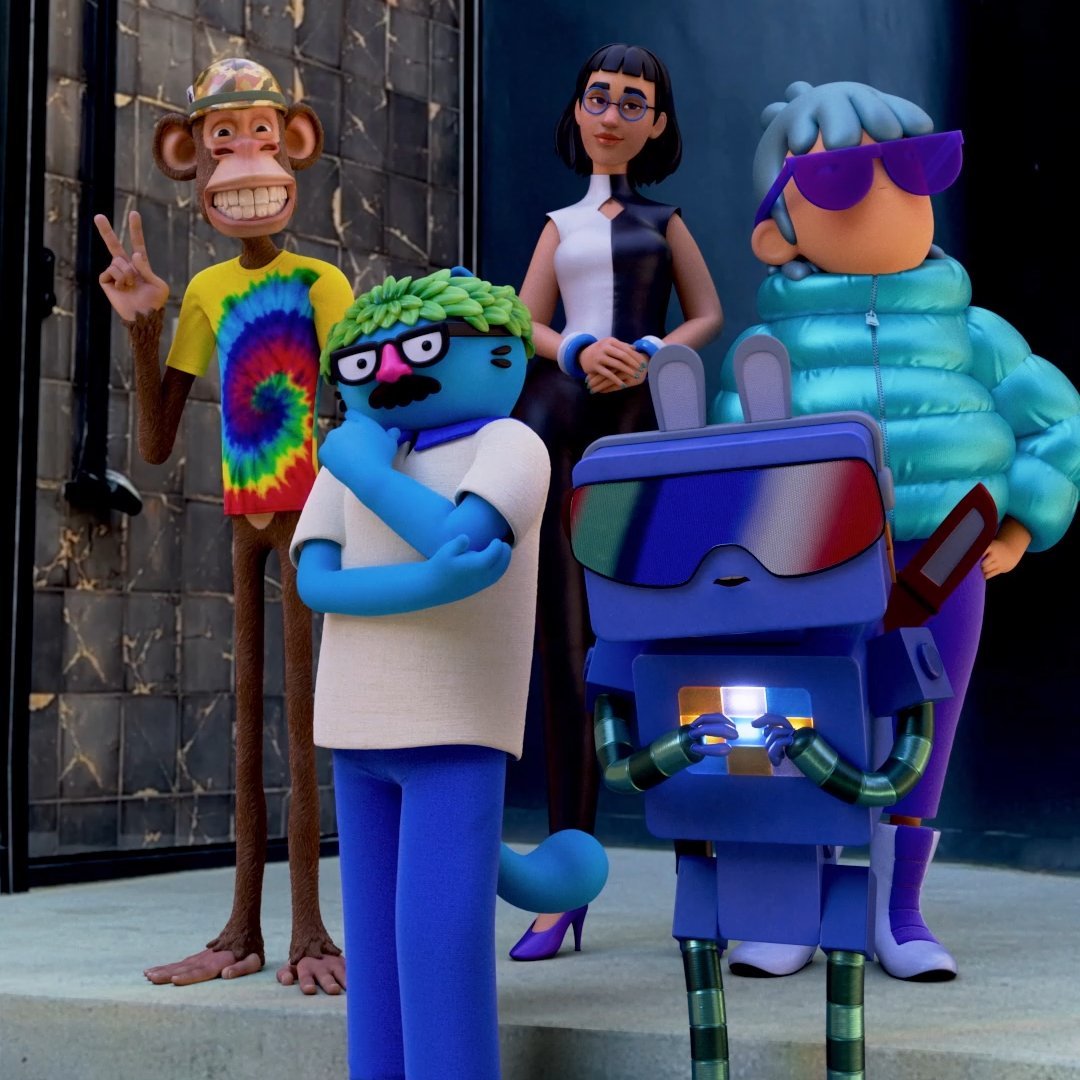 If you are an avid reality TV show and NFT nut, The R3al Metaverse is a must-see. With the first six episodes launched on August 30th, the internet-first animation studio, Invisible Universe, is bringing parodies to the US-largest TV shows like Big Brother and The Real World to the web3.

Thus, The R3al Metaverse is starring five blue-chip NFT characters from top-ranking collections, including Pete from BAYC, Claudine from Doodles, Monty, a Cool Cat, Journey from World of Women, and Sam, a Roboto.

The 34-episode first season of The R3al Metaverse can be referred to as Big Brother on the web3, unveiling the storyline of the characters' relationships, while living in a hilarious chic mansion in LA, California. Pulled out from the metaverse right into the real world, Pete, Sam, Journey, Monty, and Claudine will have all chances to become friends, foes, go through dramatic events, or even possibly fall in love immersed in the luxury of the mansion.

The artsy creators of the Invisible Universe generated full-body 3D characters from the PFPs from each of the five collections. Each of them now has their own life story and personality. For example Claudine, the Doodle is a straightforward personality who never misses a chance to crack a sarcastic joke, while Journey is very spiritual and mindful.

Take a bucket of popcorn and drop by the project's website, Discord, Twitter, YouTube, or TikTok accounts to watch the first six stunning episodes. But that's just the beginning of your journey.

Soon, The R3al Metaverse will treat its fans to its initial NFT collection dubbed Producer Pass NFT. By minting one of 7,200 NFTs, you will join the production team, in a way, being provided an opportunity to decide on the show's plot during the first season. Needless to say that Producer Pass ownership comes with a plethora of bountiful perks.

Mint your pass to share your ideas with one of the world's most eminent teams of animators, vote on narratives, decide on storylines, and even produce voicing for future characters.

And, the icing on the cake is that you can make your NFT animated and featured in the first season of The R3al Metaverse. There will be only ten entries from each of the five communities. To become the chosen one, meeting the following criteria is a must:

“There’s something special about seeing your NFT come to life,” Invisible Universe investor Alexis Ohanian said, adding, “I’ve gotten to experience watching Pete go from a .jpeg to 3D character, and I’m excited for Producers Pass holders to have the same opportunity I did.”

While the first season of the NFT satire has just gone on air with two episodes per week, the casting for season two is already ongoing.

Take pride to see, voice, and promote your favorite NFT by joining the list of pioneers exploring the new terrains in the web3!