Collector-Friendly Kraken NFT Marketplace Is Now Open to the Public 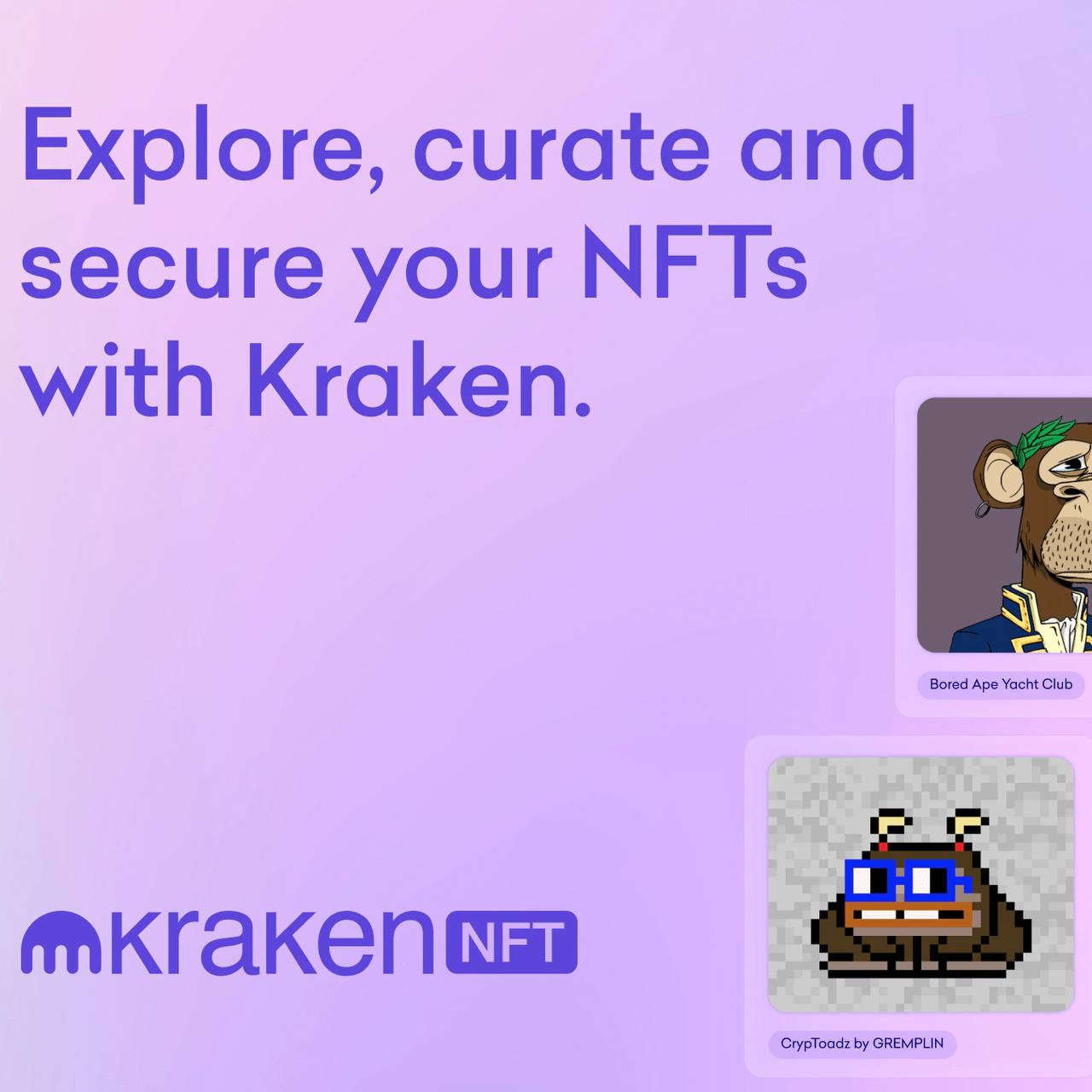 Following the footsteps of major crypto and NFT-centered trading platforms like Binance, Bybit, and Coinbase, the cryptocurrency exchange Kraken has announced the launch of its own NFT marketplace Public Beta.

The beta version of Kraken NFT platform was primarily launched in November for a selected group of private testers. After a month of fruitful work, on December 22nd, the marketplace was opened to the public. The news arrived via Kraken NFT Twitter post, saying: "The Kraken NFT Public Beta is now live — just in time for the holidays! You are now able to access our NFT marketplace as you build the NFT collection of your dreams with zero on-platform gas fees."

Thus, according to the announcement, the Kraken NFT marketplace will be secure and user-friendly: with zero gas fees for users and respect for creator royalties. The platform was built from scratch, claiming itself as the most dynamic and easy-to-use marketplace, with over 100 most sought-after NFT collections like BAYC or Meebits currently available for trading, while new series are promised to be added regularly.

The initial NFT collections available for whitelisting on Kraken NFT platform will be only those, driven by Ethereum Mainnet and Solana, while many other blockchains will be adopted in a while.

The beneficial features of Kraken NFT marketplace deserve special attention. As the official Kraken blog reads, these are the following:

The new Kraken NFT platform allows NFT-savvy collectors and creators, as well as newcomers to the space to effortlessly enter the market. The latter will be treated to an extensive study course through ample material concerning NFTs, web3, and blockchain via Kraken Learn Center. Moreover, 24/7 live support is always there, ready to assist any user.

Are you intrigued? Proceed to Kraken NFT marketplace and try new user-friendly experiences collecting a couple of blue-chip assets or creating your own ones!