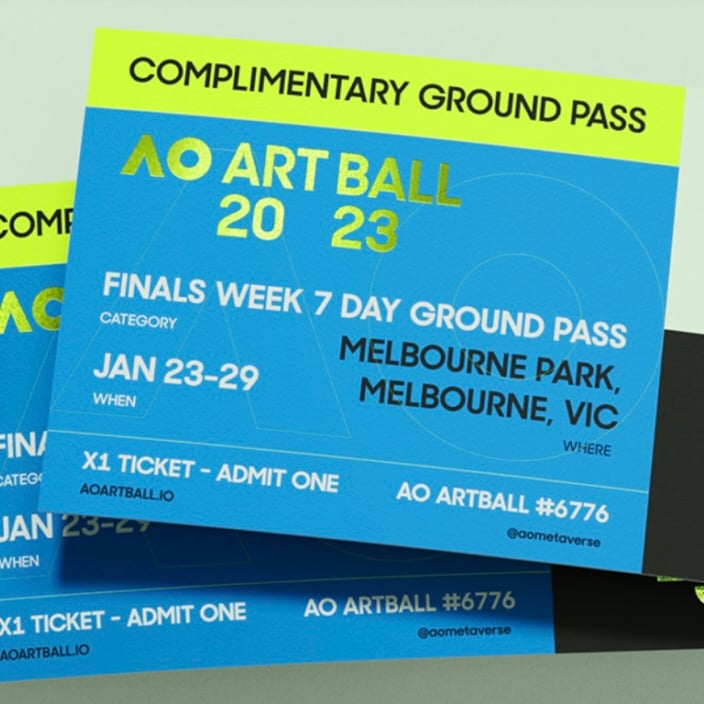 Bringing the tennis sports culture to web3, Australian Open is going to reward the holders of the mega-successful official ArtBall NFT collection with unexpected benefits. Thus, in anticipation of the next championship in January 2023, the Australian Open is launching a major rewards program for all ArtBall holders in partnership with the web3 studio Run it Wild and Tennis Australia.

Well, all those who own an ArtBall 2022 NFT will be presented with free Seven Day Ground Passes for week two of the Australian Open 2023. With 6,776 ArtBall 2022 NFTs in circulation, the initiative comes as the largest and the most beneficial reward in the event's history. The icing on the cake is that owners of multiple ArtBall 2022 NFTs will be able to redeem up to 20 tickets in total. Thus, the more ArtBalls you hold, the more tickets you'll receive.

But that's not all. In addition to free Seven Day Ground Passes for week two, the ArtBall holders will also be allowed to other major sports events, web3 conferences, exclusive content, branded merch, and more. Always exploring opportunities to innovate and committed to bringing exciting initiatives for members, the Australian Open will also reward ArtBall holders with a chance to attend select United Cup matches in Sydney, Brisbane, and Perth as well as get access to AO Academy, offering 'a busy roster of conference tickets, meetups, and networking events and, also, a starter memberships to crypto education platform Collective Shift.'

Additionally, while each NFT corresponds to a specific section on the court, its holder will be rewarded for each winning point that hits in that section. Thus, it's a perfect chance for an attendee to win additional exclusive items.

Proceeding with its web3 expansion, the Australian Open will release the ArtBall 2023 NFT collection right before the tournament, which is running from January 16th up to January 29th. The new token series will give fans a unique opportunity to enter the next round of groundbreaking rewards. Stay tuned!