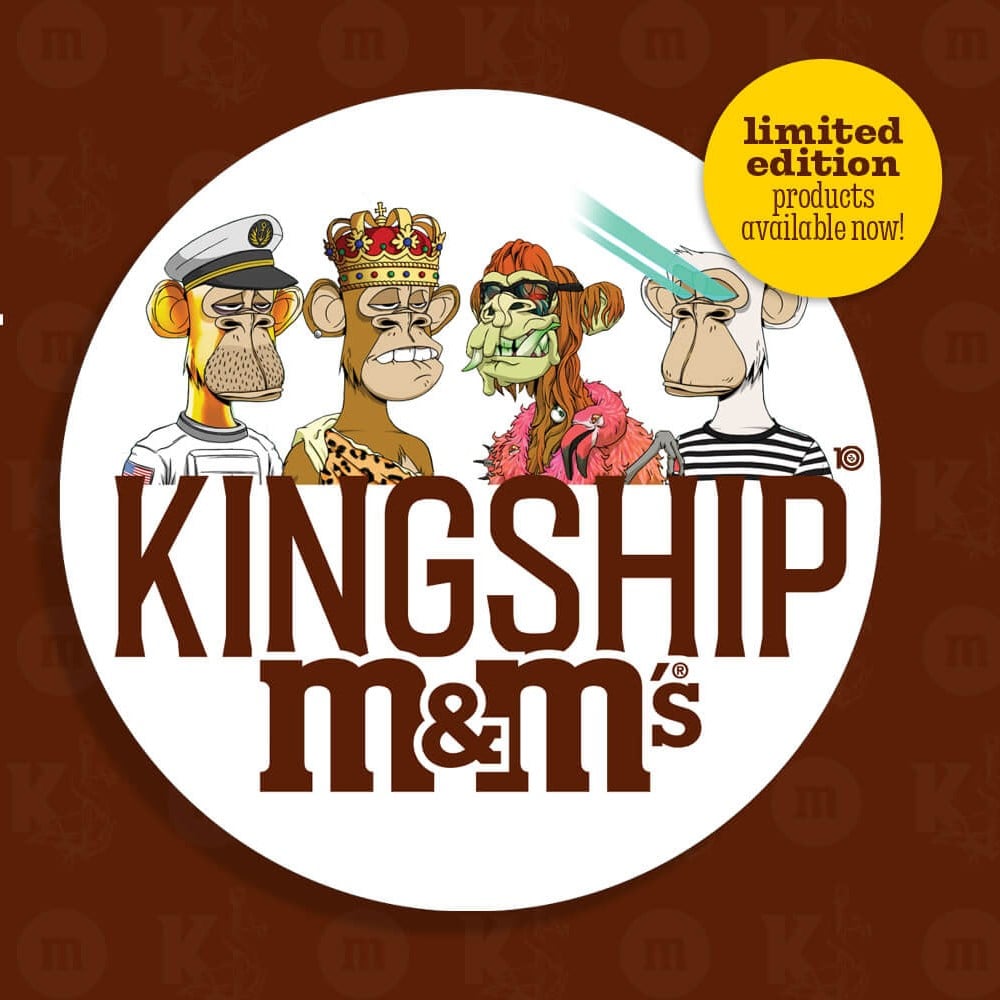 For the Mars-owned brand, such a partnership is far from being a novice. For many years, M&M's candies have been a mandatory point for tour riders of major rock idols. For example, the glorified rock star Dave Lee Roth’s rider couldn't go without a bow of rainbow-colored sweets except for brown ones.

Thus, Kingship x M&M's partnership resulted in the release of 4,000 physical collectible boxes of M&M’s. The rarest version, namely the Gold edition, goes in a white and gold foil gift box, containing custom printed candies with Kingship celebrated group members Captain, KING, Arnell, and Hud. There are also 3,900 exclusive brown gift boxes as well as 6,000 gift jars full of M&M's candies that were offered to the US residents.

“We’re excited to continue our Mars foray into the metaverse through this partnership with 10:22 PM and KINGSHIP, as a way to engage our fans in a new and exciting space,” Jane Hwang, Global vice president at Mars Wrigley announcement reads.

"Kingship is a group dedicated to the art of storytelling, so it was a great opportunity for us to both pay homage to rock'n'roll history, and one of the greatest bands of all time, but also create a unique fan experience for those that have joined this community at the start of their journey," Celine Joshua, founder of 10:22 PM and the creator of Kingship commented on the partnership.

However, the collaboration is not limited to only candy boxes and jars. Thus, M&M's will play a key role in Kingship's metaverse storyline. While the band is traveling to a mysterious island covered with boulders at the first sight, which further turns out to be a huge pile of M&M's in all six colors.

Moreover, M&M's will continue its vividly-colored collaboration with Kingship by showcasing the band's new music video on its personal billboard in Times Square for a couple of weeks in a row.

Although the early access to the products was available only for the Kingship Key Card holders, all mouth-watering treats were sold out very quickly after the launch.

Are there any holders of the exclusive delicacies? If yes, share your experiences on our socials!