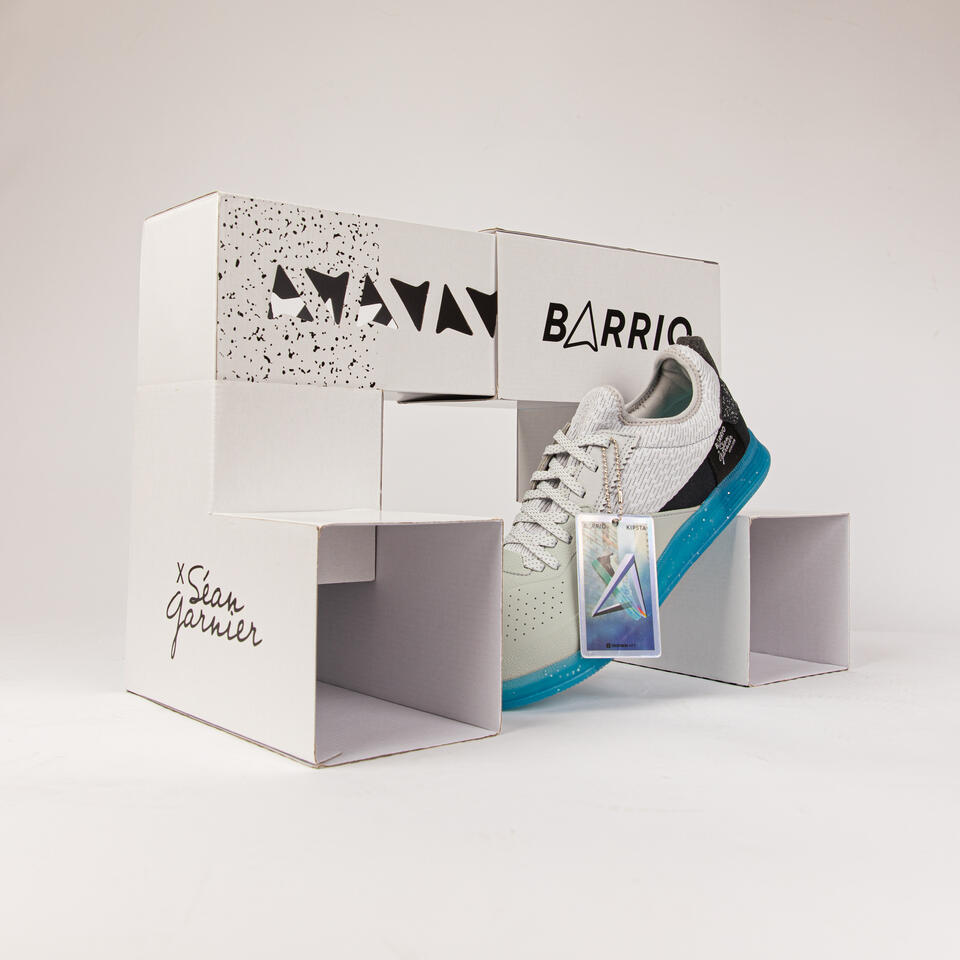 With over 1,700 on-land stores around the globe, Decathlon enters the top 5 world's greatest sportswear retailers. Like many others, Decathlon decided not to confront the NFT movement but join it. That's how the Kipsta Barrio, an exclusive collab collection with freestyle football icon Séan Garnier, came to life. A world champ, as well as a prolific sneakers designer, introduced the collection of 2,008 limited-edition phygital sports shoes to give a nod to his skyrocketing career.

The sneakers for freestyle football are designed with the athlete's needs in mind, alongside, keeping up with the fashion trend. Each pair of sneakers in the collection comes with the so-called Golden Ticket which grants access to the freestyle world champion’s private and tailored experiences.

Being designed by the street footballer for his community of like-minders, the sneakers come at a very democratic price of €40-50, providing freestyle footballers with premier shoes without compromising on style.

Regarding Decathlon, the brand expects that by working with Garnier, it will be able to avoid skipping the NFT hype.

“For Decathlon, the Kipsta Barrio project is the first step in the world of Blockchain and NFT. We, therefore, wanted to surround ourselves with partners who are references in their universe. We hope that this collaboration with Séan Garnier will call for many others and we can’t wait for the public to adopt this new pair,” Valentin Auvinet, NFT leader at Decathlon commented on the collaboration.

The NFT version of the Kipsta Barrio shoes are being operated on the greenest blockchain Tezos, following in the footsteps of Formula 1 racing teams such as McLaren and Red Bull, who had adopted Tezos before.

“Decathlon has been recognized for years for its innovation. We are happy to see they are deploying their first NFT on Tezos. And who better than freestyle soccer world champion Séan Garnier to symbolize this project,” Hadrien Zerah, Managing Director at Nomadic Labs, explained.

So now, Decathlon has also joined the fam to push the power of the web3 technology into the masses. More is ahead!