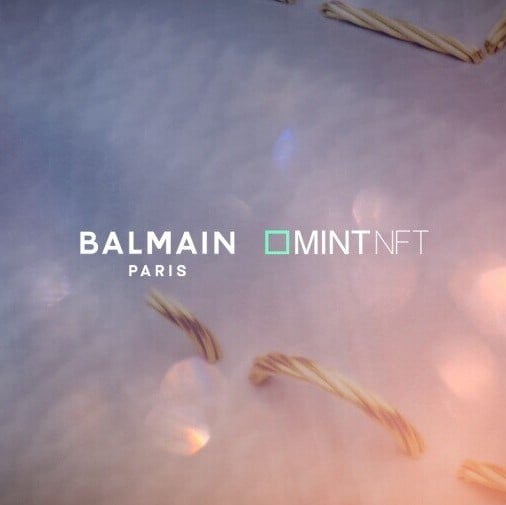 Being one of the earliest NFT adopters among fashion giants, Balmain is rooting deeper into web3 with the launch of the NFT membership program dubbed Balmain Thread. The web3 hub for 10K brand fans and partners in the program was launched on September 28th during the Paris Fashion Week's special annual program dubbed Balmain Festival. To bring the Balmain Thread program to life, the fashion house has partnered with the carbon-friendly XRP Ledger blockchain and MINTNFT marketplace.

It is worth noting that neither knowledge nor holding of cryptocurrency is required to join this community. According to Balmain’s CMO, Txampi Diz, Balmain Thread is based on the company’s strategy to reward and engage its fanbase, dubbed Balmain Army. Thus, each member of the community will benefit from in-person and virtual events and have community voting rights.

“We believe Web3 will drive a new wave of engagement, enabling companies to unlock access and provide richer experiences for their communities like never before. As a leader in innovation, both in fashion and technology, Balmain is the perfect partner to deliver this next evolution of NFTs and blockchain,” James Sun, CEO and Co-Founder of MINTNFT,“ James Sun, CEO and Co-Founder of MINTNFT, said.

Attendees at Balmain Festival could access the Balmain Thread in three ways. Those who were physically present at the event could join upon receiving their tickets, while the live stream viewers could follow links on Balmain's official website. The visitors to the show could take photos with their mobile devices to further seamlessly mint them on the blockchain using the mobile photo experience app The Moment. According to Balmain, the full-scale NFT collections will be a further part of the program, with more details to be announced in a while.

Currently, you can join the Balmain Thread hub waitlist to be among the first to know about the upcoming NFT drops, events, and other beneficial experiences as part of the program.