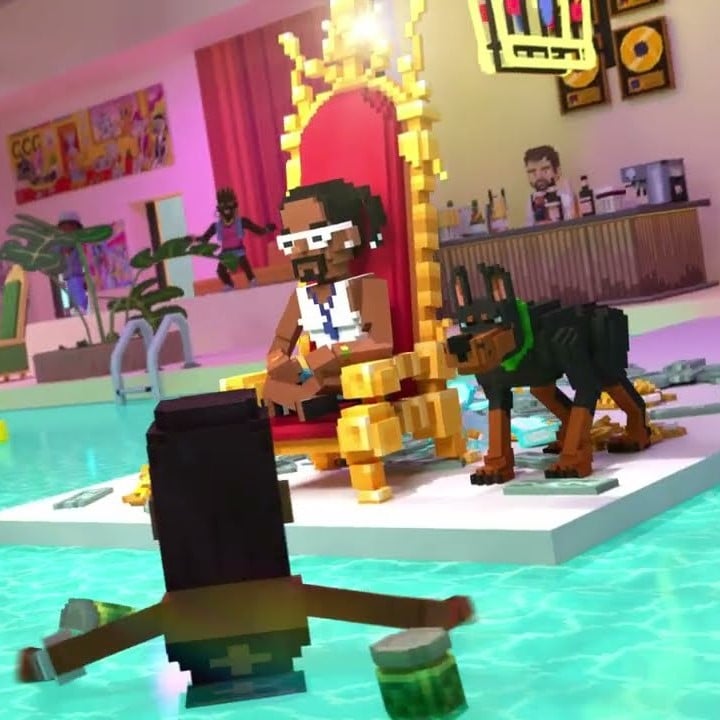 The rap guru Snoop Dogg's name once again headlines the web editions. The Cali-born rapper & producer adds another breakthrough pioneering achievement to the piggy bank of his crypto endeavors, becoming the first musician to reveal a professional music video filmed in the metaverse.

The House I Built music video for Snoop's self-titled B.O.D.R. track was fully created within The Sandbox metaverse space. The video was released on April 1st with most of its frames taken in the Snoopverse, the rapper's part of the land in The Sandbox. Besides, you can spot Snoop Dogg playing Animoca Brands’ signature game in the music video.

Created with the use of in-game production tools like VoxEdit and Game Maker, the House I Built also spots some of the 10K voxelized Doggies from Snoop Dogg's recent NFT collection. By the way, renowned DJ Steve Aoki and producer Blond:ish have also contributed to the first-ever fully metaverse music video creation.

According to The Sandbox’s CEO Arthur Madrid, the House I Built is a "tangible example of how musicians could use metaverse technology in their content." The high evaluation of the first-and-only metaverse music video, for now, suggests the appearance of the avalanche of alike in the nearest future.

The House I Built is a double digital innovation, as Snoop Dogg's B.O.D.R. album was the first full-size album to be released in an NFT format. The House I Built has already reached over 2.2 million views on YouTube in less than a week after its release. Inspired by a successful start, Snoop teases fans with intentions to turn his Death Row Records engaged in the B.O.D.R. production into the first NFT music studio.

You can watch the House I Built here.

Taco Bell, Pizza Hut, and KFC Behind the Yum! Brands Are Tending to the Metaverse The Royalties of the Ukraine Collection Goes to the Ukrainian Relief Fund — Founder's Interview We base our Car Rarity from the Real World and you can Customize it as you wish — Creator's Interview