Malik Monk is Getting Into the NFT Market 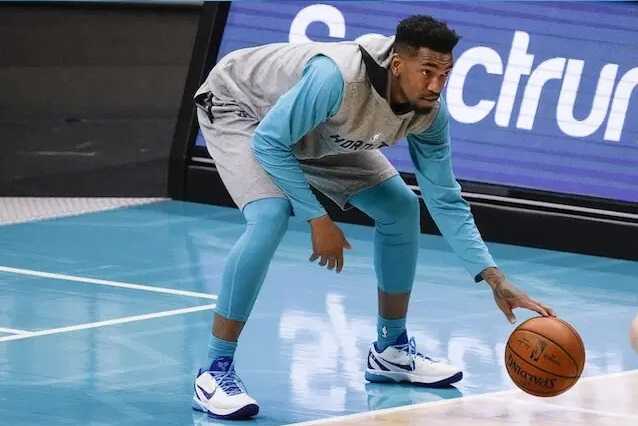 Non Fungible Tokens have been growing for the past years. Many have ventured successfully and have grabbed a green leaf. What actually sets an NFT apart from other forms of crypto-based systems?

Well, the level of uniqueness is very extreme and diverse. Owners have the sole opportunity to take control of real-world assets. These assets are often used in circles of music and art. However, due to its ever dimensional and diverse construction, developers have managed to delve into the sporting world.

Examples include NBA Top Shot which has largely changed the trading card community. The level of transformation is superb. It's actually promising sizzling future deals with the much-fancied LA Lakers player reach.

These are just solid signs of how NFT seeks to change the crypto industry for the better. Many athletic personalities have been engaged by NFT and the number seems to be increasing. You talk of Tom Brady and Patrick Mahomes, big names in their field of operation.

Golden State Warriors have also officiated collection engagement with NFT in a bid to walk in the same lines as LA Lakers. One of the latest names to have entered an agreement with NFT is Malik Monk.

Kobe Bryant's piece was recently set on the platform, auctioning one of the greatest names there is on the basketball scene. Luckily, all was meant for charity and Mambacita Sports Foundation received all the spoils.

Mamacita Sports Foundation is an NGO that focuses on sports programs enrichment for poorly funded and isolated areas. It's more of an outreach organization for the deprived communities.
However, many crypto-sporting fanatics can reminisce the crunchy moment between Andre Drummond and coach Frank Vogel. Drummond was in a broil with Vogel but he later confessed that all was meant to push forward the NFT collection. That was an interesting moment but all was sorted out perfectly.

For Monk engagement, it seems as if he is clearly gaining a lot of ground on information and personal education. Even though such people like Monk are making huge strides, it is very key to understand that the cryptocurrency industry is fairly new, people are making a lot from it though some are just throwing themselves in the mix. With a great career ahead, Malik Monk looks to delve deep into the world of cryptocurrency and try to emancipate his fresh passion.

It's a great move by a young Monk who wishes to step up his gear. Learning from Russell Westbrook is very exciting for him and he was short of words in one of his recent interviews as he explained why such an opportunity remains vital. To Monk, Westbrook is a marvel both in attack, defense, and high-intensity play. He explicitly describes Westbrook as that ultimate 100% player, a player who gives it all.