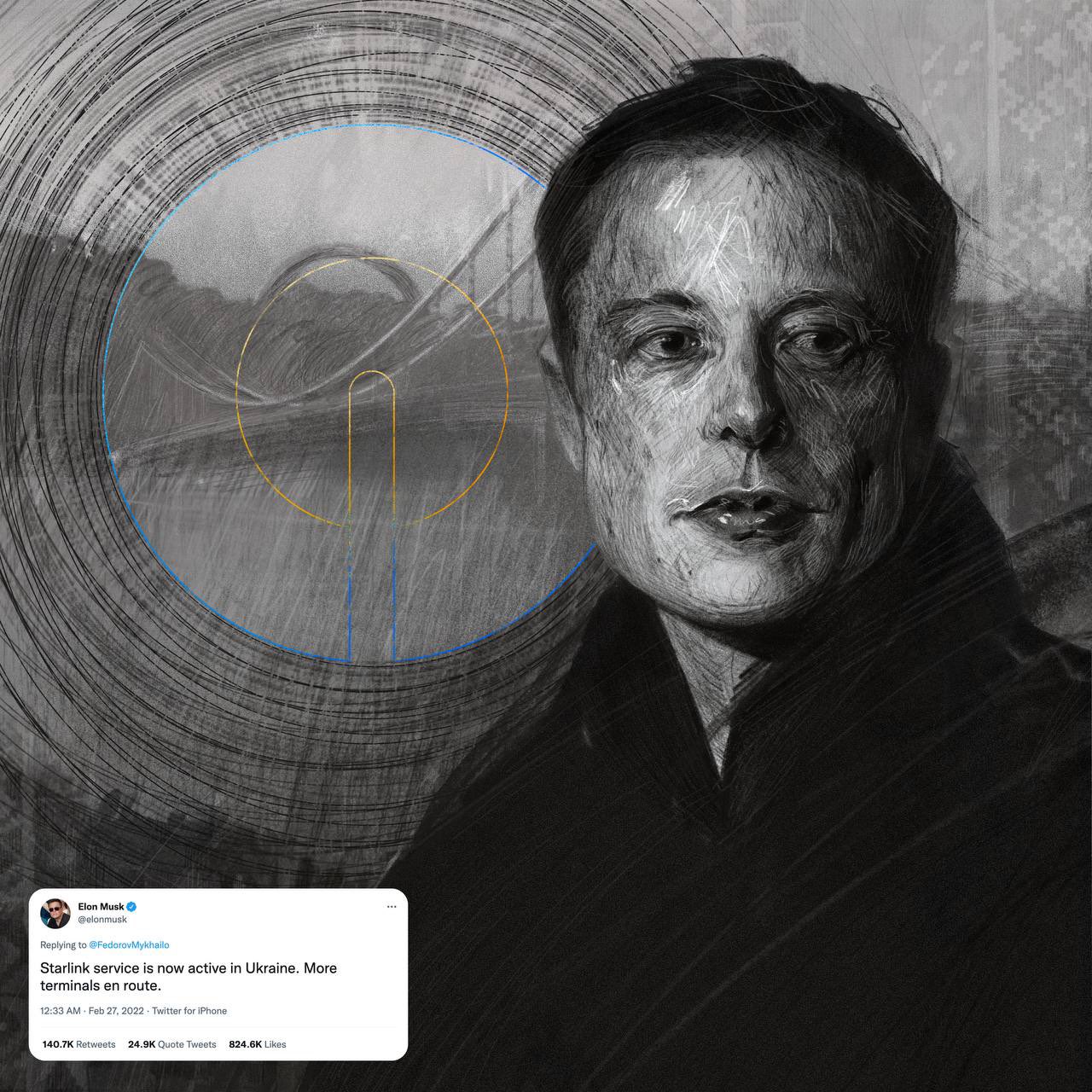 After the war had broken out in Ukraine with the arrival of "Russian world," the world community, frankly struck by the cynic and merciless Putin's actions, stood up for peace and humanity. Since February 24th, numerous people of culture, business, art, music, respectful influencers, and benefactors have been supporting the Ukrainian Army and civilians by transferring their donations in crypto, fiat, humanitarian aid, and words, publicly claiming their #StopRussia position. The list of inductees is huge and includes such big names as Mila Kunis, Elton John, Jared Leto, Jim Carrey, and Benedict Cumberbatch. But one of the first to respond to the call for help was Nikola Tesla of the XXI century, innovator Elon Musk. It was Elon, who covered the whole of Ukraine with his global Starlink network, but we'll return to it later.

To raise the awareness in the world of the bloodshed, devastation, and terror Russist bring to Ukrainian lands daily, then the Ukrainian creative community of web3 enthusiasts, backed up by the Ministry of Digital Transformation of Ukraine, launched MetaHistory, Ukraine’s NFT museum back in March. Since the launch, MetaHistory managed to raise about 258 ETH selling the NFTs. Currently, to express the gratitude of the nation to those benefactors who didn't stand aside, the MetaHistory team is launching The Hall of Fame, an outstanding collection of NFT portraits featuring people who have helped Ukraine in the hardest time of the country's history.

"This is not just a war between two countries. This is a war against humanity, against the light. The whole world — and these amazing individuals, in part — unprecedentedly united in this battle. The Hall is a collection of NFT art that was created in gratitude for public figures that stand for Ukraine (and can be claimed only by them.) It's the least we can say thank you," read the lines messaged on the MetaHistory's Hall of Fame page.

To express gratitude to the first inductee, the MetaHistory's team created the first NFT in the Hall of Fame, featuring Elon Musk's portrait. This token is the first but not the last one in the series to see the world soon. The wonderful people, namely Mila Kunis, Elton John, Jared Leto, Jim Carrey, and Benedict Cumberbatch, will be also thanked in this way to stamp their unprecedented help to Ukraine forever in the blockchain.

“MetaHistory is a project put superbly together under conditions where most can’t think about more than immediate survival and concern for loved ones. How do you focus on quality when you hear the sound of bombs outside? MetaHistory launched a use case for blockchain utility simultaneously while preserving the heritage and future of Ukraine. I am humbled and happy to be its ambassador,” says Vesa, crypto artist.

“It was a huge privilege for me to represent Ukraine DAO at the panel discussion organized by MetaHistory last week alongside Alex Bornyakov, Dima Buterin, and Brittany Kaiser. I’m excited about the Hall of Fame and so proud to see all this support for Ukraine from the world’s business people and artists,” commented Alona Shevchenko, co-founder of Ukraine DAO.

While the first MetaHistory collection raised about $800K, the second so-called drop, featuring the Hall of Fame NFT portraits and other tokens created by Ukraine's most prolific artists was launched on May 2nd and will run till May 14th. The gorgeous pieces of digital art created by Waone Manzhos, Sestry Feldman, Danya Shulipa, Irene Neyman, and others, are now available for mint at 0.15 ETH.

You can also be one of those whose name will be captured by the MetaHistory's Hall of Fame, forever on the blockchain. Join the mint and stand with Ukraine!