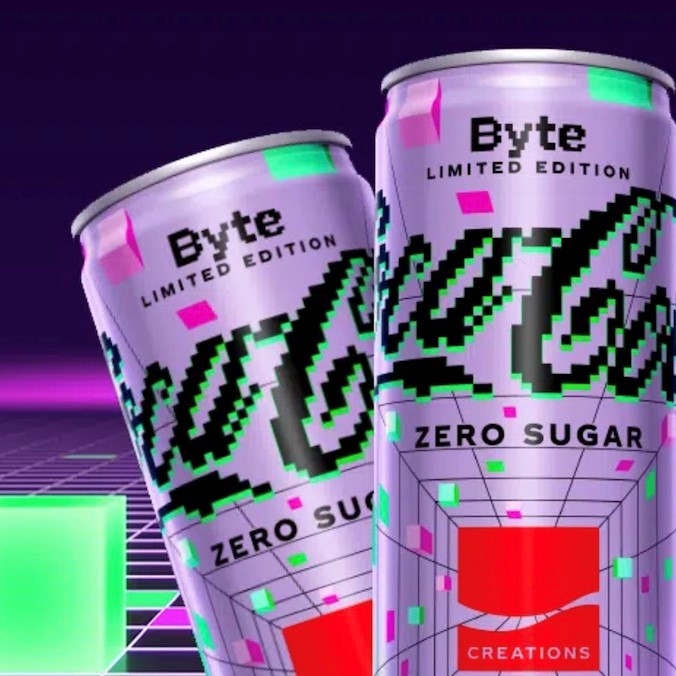 While international restaurant chains like McDonald's and Yum! Brands are actively paving their way to the metaverse, such big brands like Coca-Cola are diving into the web3 following in their footsteps. The king of beverages is bringing to the NFT community its new pixel-flavored drink that is backed with the metaverse game utility.

Thus, the recent brand's announcement says that Coca-Cola Zero Sugar Byte is ready to “bring the flavor of pixels to life,” becoming the second in the line of metaverse-compatible beverages. The first Creations' flavor dubbed Starlight offered a “cooling taste sensation” being something like a blend of mint, vanilla, and cotton candy.

Byte, on the other hand, will taste like…pixels. The new product aims to be most attractive to buyers by quenching their “thirst for discovery.”

All Coca-Cola Zero Sugar Byte buyers will be allowed to the new 8-bit AR game where players need to navigate a “Byte” up a staircase. The game tracks the time spent online and displays the top finishers' names on the in-built leaderboard.

“For our second expression from Coca-Cola Creations, we wanted to create an innovative taste inspired by the playfulness of pixels, rooted in the experiences that gaming makes possible. Just as pixels power digital connection, Coca-Cola Zero Sugar Byte brings people together to share moments of Real Magic,” Oana Vlad, Senior Director, Global Strategy in the Coca-Cola Company commented on the new endeavor.

The extremely limited edition makes Coca-Cola Zero Sugar Byte even more desired. For now, it was only introduced to the public on April 4th in select Latin American countries, being available in retail outlets. As for the US market, the Byte will arrive only on May 2nd and will be available in twin packs of 12.5-oz. slim cans online at www.coca-cola.com/creations. China will follow with a retail launch on May 23rd.

Thus, the can of Coke itself serves as some sort of a bridge between the IRL and virtual realm. Although even those, who will not be that lucky to try the "pixel-flavored" beverage, will have a chance to play the games on Pixel Point, Coca-Cola's island designed in Fortnite.

While Coca-Cola's last year's NFT was a success, the new game-backed "pixel-flavored" drink can become a total breakthrough delivering new experiences to picky fans. Let's wait and see how the world-dominating beverage will promote its new campaign among the youth who have all technological boons at hand round-the-clock.